DAD.info | DAD BLOGS: Marc | Cincinnati Zoo: Could it have happened to you?

Cincinnati Zoo: Could it have happened to you? 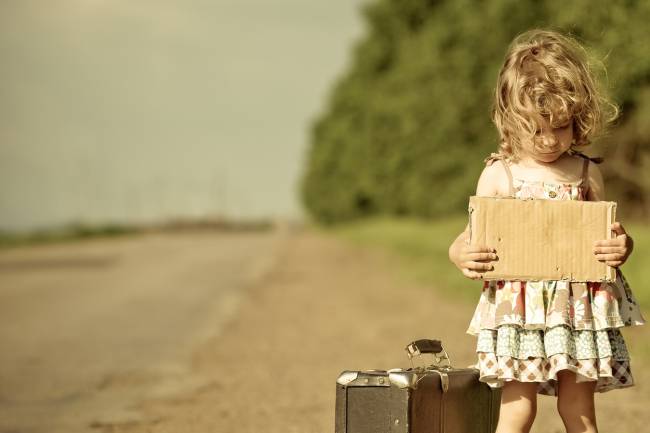 We’ve all had that experience with a toddler: you turn around in a shop and your little cherub has vanished. They were there just a moment ago, right beside you.

You look frantically around and nothing – no cries, no chuckles of laughter. You feel that knot in your stomach: primal fear. Your heart pounds in your chest as you scan the area… Nothing!

Every 10 seconds that you can’t find them is an eternity. You start to ask people desperately, “Have you seen my child?” as fear and panic take hold.

Then you spot a familiar flash of clothing from the other side of the shop. You rush over like Ussain Bolt in an Olympic final and reach the spot, your body coursing with adrenaline. Finally you see them: playing happily, completely oblivious to the absolute terror they’ve caused. You grab them, pick them up, hug them closer than you’ve ever hugged them before. Your body is hit by a huge wave of relief. You’re both furious and ecstatic.

You’d lost them for less then 15 seconds but it seemed like a lifetime.

If we’re honest, this scenario has probably happened to all of us at some time. Every few minutes of every day, despite diligent care and the best intentions, a parent somewhere in the world will be having this same heart-in-mouth experience.

Which made the incredible back-lash and outpouring of anger towards Michelle Gregg, the 32-year-old pre-school worker and mother of the child who recently fell into the gorilla enclosure at Cincinnati Zoo, seem particularly unfair.

On May 28th, a three-year-old little boy climbed over a three-foot fence and squeezed through some bushes before falling 15 feet into a narrow moat in the gorilla pit. Michelle was busy with her three other kids (aged one to seven) and didn’t notice him slip away, and no other adult saw this happen or intervened. As a result, a terrible tragedy occurred and a majestic, endangered male Western lowland gorilla was shot.

From video footage, many concluded that the 17-year-old silverback, Harambe, was actually trying to protect the child, while some experts have said the screams from the crowd were making a tense situation critical, as the alarmed 400-pound male dragged the bewildered toddler through the moat by the arm, showing signs of erratic and potentially dangerous behaviour.

Whichever side of this particular fence you fall on, the zoo’s security squad were not about to take any risks, and made the incredibly difficult decision to bring down the gorilla, leaving the boy to be safely rescued with only minor cuts and bruises.

The trial by social media began swiftly after, with some members of the public blaming Michelle for not taking good enough care of her child, and holding her responsible for the untimely death of Harambe. Police even recorded one post which suggested they should “shoot the mother.”

Today, Hamilton County Prosecutor, Joseph T. Deters has perhaps put those accusations to rest, as he ruled at a news conference that the mother “did not act in any way where she presented this child to some harm.”

After what must have seemed like a lifetime, Michelle has finally been relinquished from any blame, and from what Deters said, perhaps he has some experience of momentarily losing sight of a little person himself.

“(The mother) had three other children with her and she turned her back,” he said. “Anyone who believes a three-year-old can’t scamper off very quickly, they’ve never had kids. Because they can, and they do.”

And don’t we know it? As a parent, I believe we encounter family situations on a daily basis where we assess risk and naturally increase our vigilance to deal with potential danger: walking along a busy main road, or climbing a steep path with our little ones, for example.

In unthreatening places where we naturally feel secure, like the local shop or the park, perhaps the opposite response kicks in: we feel safe and think we can relax, and as a consequence – rightly or wrongly – we let our guard down.

Would you stop your child going up to a fence in a zoo? I recently visited Marwell with my children, who were actively encouraged to pat animals in the petting area, while other zoos and sanctuaries encourage walks through their wild deer, lemur or wallaby enclosures.

I often see toddlers exploring solo in our zoos, while the parents seem very relaxed about it – to us, the zoo is one of these safe and happy places and to a young child, no wild animal is dangerous. All of our kids read books and watch films like the The Jungle Book and The Lion King from an early age, where animals are friends, no matter how ferocious they are in real life. To the toddler in Cincinnati, Harambe was likely no fiercer than a donkey or a deer.

There is much debate in the parenting world about risk: if we’re too protective and we stop children from exploring, they fail to develop self-reliance and self-preservation. But if we let them explore and learn from their mistakes, we’re recklessly endangering those who don’t yet have the experience to know the line.

In Cincinnati there was a child completely oblivious to danger, and a mother believing that their child was in a secure environment and could be allowed to stretch his legs a little. Turns out this isn’t the first time the zoo – and in particular, the gorilla enclosure – has proved to be too much of a temptation to curious kids.

Several children have fallen into primate enclosures in the past.

In August 1996, Binti Jua, a female western lowland gorilla at Brookfield Zoo in Illinois, USA, gently cradled a three-year-old boy, who had fallen 18 feet into her pit and been knocked unconscious, until he was rescued by zoo staff.

Five-year-old Levan Merritt slipped and fell 20 feet into the gorilla enclosure at Jersey’s Durrell Wildlife Park in August 1986, breaking his arm and fracturing his skull. Onlookers watched in horror as a giant silverback called Jambo walked towards the unconscious little boy, but instead of harming him, gently stroked his back and stood guard over him. Levan woke up, started to cry and Jambo lead the rest of the gorillas away, leaving Levan to be recovered by ambulance men.

Sadly, the Cincinnati incident didn’t turn out so well. It’s incredibly tragic, but these things can – and do – happen. The mother involved was enjoying a day out with her children and turned her back for an instant – she couldn’t have known the terrible events that would follow.

So why were so many of us so swift to judge her? Is it because if we put ourselves in that situation, it’s easier to be angry than to understand the reality of what took place? Are we really so sure this could never happen to us, to our family? We have to accept that as parents, and as people, sometimes we make mistakes. Sometimes we’re too restrictive, other times we’re not observant enough.

Tragedies like Cincinnati happen when a series of events collide: parents having a momentary lapse in vigilance, a child wanting to explore, the public not noticing what’s going on around them, zoos not making their animal enclosures as full-proof as necessary, a security team having to make a life-or-death decision in an instant – all these events affected the ultimate outcome of this desperately sad incident.

If you were one of those to join the wave of criticism, try to remember the last adrenaline rush you felt after having lost your child for a moment. Are you 100% sure that toddler could never have been yours?

For one set of parents in Cincinnati, there was relief in having their child safely returned, and being cleared today of child endangerment.

But it could just as easily have been a horror story that they – or any of us – would have had to live with forever.

There but for the grace of God…