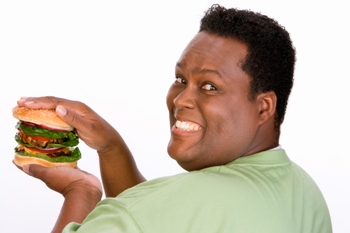 Childhood obesity is seen as one of the most serious global public health challenges for the 21st century by World Health Organization.

Obese children and adolescents are at an increased risk of developing various health problems, and are also more likely to become obese adults.

2. Data are also available from the Health Survey for England (HSE), which includes a smaller sample of children than the NCMP but covers a wider age range. Results from 2012 show that around 28% of children aged 2 to 15 were classed as either overweight or obese.

As a child I was heavy or on the chubby side, but I also know being brought up by a single Dad, I had a less than balanced diet, but mostly fresh wholesome foods cooked at home not processed. In the 1970’s, there wasn’t the knowledge and education there is today towards cooking in fat and as a child, I was more active than the average child. I have always been comfortable in my own body and never felt I have had weight issues, but I have competed in weight classed sports and have always known exactly what weight I was and controlled it.

As a coach working with children, I see so many who are heading to an early death unless they are re-educated, shown how to a balance lifestyles and manage unhealthy diets. Much of this is learnt behaviour from mum and dad, and society in general. I include my children in this. I have an issue with the fact that my children have cold teas every day including sausage rolls, pork pies, scotched eggs, cocktail sausages and sandwiches, all high in saturated fat, which once in a while is okay but every day is not.

I was talking to a parent who made many home cooked meals but had no idea that her meals where high in fat and her concept of a suitable portion was strange. I may seem as a bit of a health freak but watch programmes like “Secret Eaters “ on Channel 4 and you start to realise it is about behaviours. If our children say they are hungry, try waiting 15 to 20 minutes before giving any food and the urge subsides, but if we give in with a quick snack, we enforce eating when our brain says we are hungry not when we should.

The concept of eating slowly and enjoying food alongside the lack of family meal times all add up ,if you eat and watch TV for instance, your don’t always realise you have had a meal, but a family siting down together will chat and eat slower, your brain registers you have eaten and you feel fuller.

You can try having a smaller plate with less food and your brain registers it has eaten a full plate, whereas having a larger plate with the same amount on it- well, your bran doesn’t always recognise it as being as much as the larger plate is less full, effecting how we feel about what we have eaten.

Children can burn off lots of energy, but regular healthy balanced meals are a must to promote long term health. As parents, we are in the situation where if we don’t change things, we may live to a ripe old age, with our children predicted to die before we do from health conditions like diabetes and heart disease, furring of the arteries – all things we can prevent if we guide and educate them.  Watch a programme like “Mr Drew’s School for Boys” and see the links between poor diet and behaviour in schools, the sugar rushes and the crashes afterwards, all preventable and manageable with a good diet.

Perhaps I, as a parent, have become more aware of things and I do spoil the kids with KFC and McDonalds, but it is balanced and moderated with Dog Walks, fruit and veg and portion control. I challenge my children, I have asked why they make certain food choices, and as long as they know what they are choosing and why, I accept it, but I don’t let it get excessive.

What are your thoughts? Is convenience the easy option better for now but worse in the long term? How do you educate moderate and shape your child’s eating patterns? Do their routines get based on their needs or your time constraints as a parent? I would love to know.