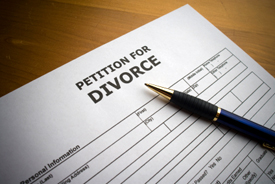 I have battled on the rugby field, I have fought men twice my size in judo competitions, and been in a ring to kick box against National champions …I have performed in front of thousands at the Royal Albert Hall.  All of these achievements pale into insignificance by comparison to the fear and horror I felt when attempting to complete a 33 page form E1.

I am dyslexic and not the best organised person in the world when it comes to paper work, but this form needs someone with a Phd not to be phased by its contents. For those of you who don’t know of the Form E, it is the disclosure form needed during the financial part of a divorce. On it you declare your income, expenditure, assets and liabilities, and back it up with supporting documentary evidence.

The problem I faced was that some of my liabilities are years old! Each section of the form is simple and if you are methodical and tackle one section at a time, then it is easy,  (or so my solicitor said)  but for me it was an absolute nightmare.

In this age of paperless Internet banking, creating historic bank statements is a challenge not to mention the other ‘supporting’ documentation needed as a self employed or employed individual……….

It began with an  envelope filled with a few payment slips, this became a packet wallet with a some  letters and forms enclosed, which quickly grew into a file with bank statements, which has become an arch lever folder – of original documents – and I am still not done!

Bank statements from different accounts from the same bank printed on a cheap printer, was manageable, but add mislaid filing and I am completely lost with where I am at.

The ever increasing pile paperwork originally sat on the table and then the couch and eventually landed on the floor like an unwanted guest, or the washing up from a great night that you just can’t face getting round to but you know you still have to tackle!!

This pile of documents was like a scab on a wound  that I would pick at  like a frustrated child. Eventually the solicitor ended saying just give me what you have got and we can go from there!  Relief ensued, but no doubt my inability to sort this paperwork will cost me!

I am frustrated because when my soon to be ex-wife and myself undertook mediation 12 months ago I produced (with difficulty) all this financial information, but because the financials have dragged on … stuff we agreed to in mediation is now back in dispute – once again the legal system is duplicating the work load. I feel that my ex-wife is trying to use my dyslexia to wear me down, or am I simply worn down with the complete lack of progress.

If you are facing the dreaded Form E ……..print it off as a PDF(by the way why can’t you get a PDF you can type straight on to) ?

I wish I had split it up originally, invested in a good folder, some index tabs and post it notes (as advised by my solicitor, but too late) and completed it a section at a time. Perhaps it would then have become more manageable. You might not need all the info at first, but having it in order will make you far more organised if you need the information at a later stage in the negotiations. I certainly wish I had.

You might think of settling early to avoid all this hassle, I know I did, but  I have struggled on,  and  now become resolute to continue to battle until the bitter end.

I have fought the emotional stress of the dreaded Form  E.  It is now with the solicitor and due to be filed, then we get questioned about its contents. I must remember that the questions are about my financials, not my ability to complete a form !!