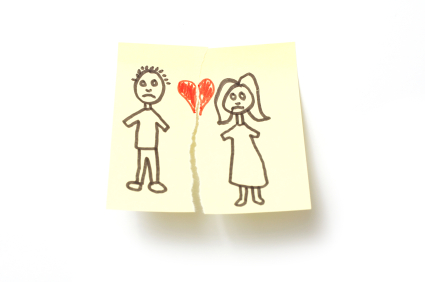 Well I have eventually got a Decree Absolute.

I am now officially allowed to call myself single, but at what cost? A divorce that was instigated by my ex-wife, and was pushed by her to go to court rather than agree with mediation has been settled. Had my wife stuck with what we agreed in mediation she would be about £50,000 better off in settlement and saved a year of legal fees. So I decide to try and work out the cost of the divorce to me.

Legal fees are in the region of £ 23,000. It has taken 4 days of my time in court, 10 hours in mediation, then 126 hours in phone calls, prepping paper work, filling in forms and generally doing admin. The damage it has done to the relationship with the mother of my children will take time to repair, she has gone to court on two counts and lost or should I say the court have favoured my positions more than hers on both. She is still bitter and until she accepts this she can’t move forward.

What is the impact on my life? It has been destroyed and is now being rebuilt and I have had touches of depression. My social network has changed finding ‘friends’ having to take sides and I have become the ex-husband. I even have a note from my children’s Grandparents’ saying thank you for the Christmas card but next year don’t bother! However I will and continue to recognise family events because I feel it is important to my children that I maintain a working relationship with my wife and her family for THEIR sake.

The cost of the divorce on my children can’t be measured. They are now shuffled between parents and have to adjust to being in a one parent household; balancing the demands of two parents, and two different families. As a child of a divorced couple, I know the nightmare simple social functions become, planning seating at a wedding is a nightmare… already my wife is doing separate birthday parties and events. I hope, as she accepts the situation she will mellow, but then I am an optimist!

However divorce wasn’t chosen by me, it was something I have had to pay for.

Is that fair? No. Does the system work? No, It could be improved. But at the end of it I am stronger and happier and because of that I think I have a better relationship with my children.

As you leave one room of your life you enter a new fresh room. From here I move on, though I still know I have to do a bit of cleaning in the room I have just left, I am happy leaving it for a few weeks.