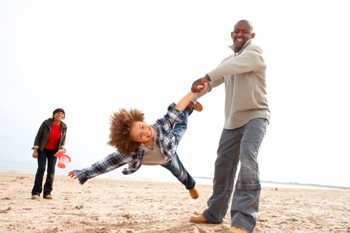 Sometimes we have to deal with things as parents we don’t wish to address; the concept of writing up a Will I believe is one of those.

A Will means addressing what happens when we are gone, even once we have a Will however, how often do we go back and revise the situation? As a parent, I had a Will written when I was married, now I am divorced, living with a new partner with children I don’t live with. Does my Will reflect this…no. I need to revisit it.

I recently had contact with an old friend. She is in a dispute with her brother, an old school friend, over her parents Will, the problem is that the brother as the Executor wants everything. The fact that she gets nothing is his choice he believes as the Executor. If her parent had taken time talk to them about her wishes, then working things would be a lot easier, as it is, it looks like it will be a legal matter….more cost and anguish which could have been avoided.

Wills do change, as families I use to be the oldest of three. My half sister has three other siblings that my dad treats as family, so I am the eldest of six in the extended family.

What my dad said to me five years ago, ten years ago or fifteen years ago about what he wants to happen when he dies may not be the same now, and that can cause animosity, resentment and problems. If he dies without a Will, what happens according to the law may not be what he would want.

I have two children from my former marriage, I’m living with my partner, if something happens to me tomorrow and I was to die, I want to make sure my partner is looked after. However if I don’t have a Will, I know my children’s mother would want everything I have for her children.

As a father, I want my children looked after. If I had a child with my new partner, I know I would want to care for them and for them to be looked after them once I’ve gone. I know my children from my ex-wife are already well looked after with trust funds, so do I adjust the balance, letting my children know that? Or do I split my assets regardless of the individual needs, perhaps I may choose one or the other. However, if I don’t tell my wishes to people, they can cause a lot of problems and issues my children have to deal with, and some things are better accepted when explained rather than found out after the fact.

If you remarry and you were to die, your estate passes to your wife who could go on living another twenty or thirty years. Even remarrying again, your children maybe eventually be cut out of their particular Will, you might feel that’s fine or you may want to make provision for children so that there is something for them and your partner. Remarrying presents a whole new set of problems. Do you leave your estate to your partner or do you make sure there is a cash provision for your previous children? As always, issues need to be discussed. The problem is we as parents, as fathers; well we don’t want to discuss our death with our children or our partners. However if we are a responsible parent should we not at least have a Will, which when our children are old enough, we can explain and talk them through it. At forty-six, I have some idea of my parents’ wishes, but no idea on the specifics of their Wills; whilst I might say what I should do, I also know that it is hard to do it.

I see a friend’s family being damaged over a Will and rivalries that could have been avoided, and I wonder about my own. In life, I want the best for my children and my family. Perhaps I also need to think of them for if I wasn’t here….it’s time to write a new Will.