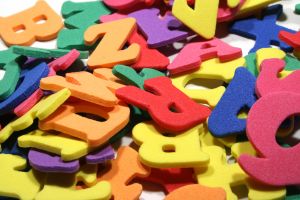 “You’re a poo poo,” said Meri, my three year old, with an impish grin on her face. She knew she was being naughty and was looking for my reaction.

I thought about it for a little while and decided to ignore it.

A few days later, I came downstairs from the loft where I had been wrestling with a computer that had spent the last three days crashing, to find my family sitting around the breakfast table. Clare looked at me with narrowed eyes.

“She keeps saying the P-P word,” she said.

“Yes, I know, it started a few days ago.” I replied. “She’s probably learnt it from nursery. It’s her first attempt at a naughty word.”

“Well, she shouldn’t say it. I’m going to put my foot down.” Clare was adamant.

“I’ve been ignoring it. I figure that if we make a thing of it, it’ll only encourage her. She knows she’s doing something forbidden and the thrill of it will soon wear off.”

“Well, I’ve told her not to. I wasn’t allowed to swear at all growing up in my household.” Clare responded.

Clare’s eyes narrowed yet further. She thought about swearing at me but thought better of it.

To come clean, neither Clare or I are strangers to the odd profanity now and again. Furthermore, I must confess that I have sworn (in rare moments of extreme stress and frustration) in front of the children. However, we have a golden rule that we never, ever swear at the children.

“We need to agree an approach and be consistent. Let’s talk about it and figure out what we do. I agree, we don’t want her wandering around saying ‘P-P’ at every opportunity.”

Meri, who had been listening intently to every word Clare and I said looked at us both with a very familiar naught little grin on her face.