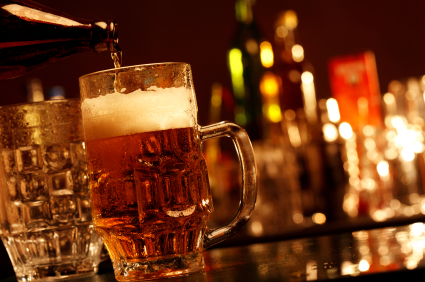 It was a Friday night and I was sitting in the pub with a few of my local friends (all of them dads) and we were busy laughing at a surprisingly juvenile gag for men ranging between the ages of 42 and 51. My phone rang. I looked at the caller ID which announced that it was my mother.

I stepped out of the pub and answered the call, “Hello Mum,” I ventured, wondering why my mum would be calling me on a Friday night.

“I’m trying to download an attachment from an e-mail. There’s a word document and when I click on it, it’s asking which program I want to use to open it. There’s a box which says do I want to search the internet for the right program. It’s saying that it doesn’t know how to open this type of file. It’s in my college e-mail” (despite her 76 years my mum still works part time as a college lecturer).

She was talking at a million miles an hour. Before I could get a word in edgeways she had moved on to read out the exact words on all of the windows dialogue boxes. I stood there, a couple of beers down, trying to make sense of the stream of detail and Microsoft gobbledegook coming at me down the phone.

“Sorry Mum, I don’t really understand Windows 8.” This was an understatement. I hate windows 8 but unfortunately my mum’s new computer had come with it pre-installed, “It should just open the attachment if you click on it. I don’t know what is wrong. I’ll have to look at it net time I’m over.”

“When will that be?” She asked, sweetly.

“Probably in a couple of weeks or so. I’ll have to look at the diary and see what we are up to.”

“Oh, that’s OK. Just let me know when you can make it,” she responded in a patient, understanding and maternal way.

And that’s when I felt like a bad son.

Here was my 76 year old mother asking her only child for help and my response was that I’d have to consult my diary. I should point out that my mum lives about a hour’s drive away and in between running after the kids, supporting my wife to get some work-life balance and fitting in some work of my own, sometimes my mothers’ needs come a distant fourth.

But the fact of the matter is that as well as being a father, I am also a son. There are some things in life that it is OK to be OK at (I figure I’m a good guitarist and that’s good enough). But for the really important things I aspire to be great, to be world class, to be legendary. Being a father, being a husband and being a son are the most important roles in my life and I want to excel and them.

So, as I went back into the pub to join my friends and to re-ignite a thoroughly stupid, filthy and frivolous conversation, I couldn’t help recognising that I fell short of my own standards all too often.

Still, I had a couple more beers that night and somehow it didn’t seem to matter so much.