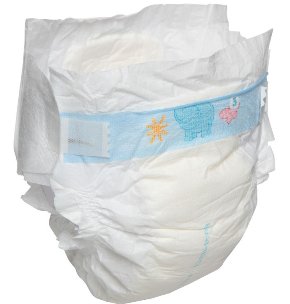 Meri, my nearly three year old daughter and I were wandering around Sainsbury’s the other day when we reached the baby section. As I picked up some nappies and put them in the trolley I could tell the cogs of her toddler mind were whirring away.

“Meri is a big girl. Meri doesn’t need nappies,” she stated. And yes, she was right, Meri’s potty training has been an unmitigated success and she is well and truly out of nappies. However, her logic was about to get a little less Spock-like.

“No,” I responded putting her right, “Arun is two years older than you. You’re Arun’s little sister.”

Her little face scrunched up. Thinking is hard work. She re-set her assumptions and had another crack at it. “Boys wear nappies. Girls don’t wear nappies.” She theorised.

“No, darling. Daddy is a boy and I don’t wear nappies,” I put her right. Her own avenues of explanation exhausted, I could tell that she was a little confused and downbeat. “It’s just that Arun is a bit different to me and you. He needs a bit more help with some things than we do.”

She looked up at me sagely and gave the impression of some understanding.

Because of Arun’s autism and cerebral palsy he sees, experiences and enjoys the world in a different way to other children of his age. Meri is starting to notice some of these differences. For example, he doesn’t play with the same toys in the same way (he hasn’t looked at the lovey toy car garage he got for Christmas), he needs to be dressed and undressed and he needs to be spoon fed, often whilst sitting on an adult’s lap.

All of this undoubtedly has an impact on Meri. She has a fierce independent streak. From a very early age she has dressed, undressed and fed herself. No doubt partly because she has had to, given that her parents were so busy with her brother at times.

Later, in the car on the way back from collecting Arun from school Meri complained to me, “Arun needs to put his straps on.”

I glanced over my shoulder and she was right. Arun had taken the shoulder straps of his five-point car seat harness off. Meri went through a phase of doing this and we would insist that she put her arms back into the straps and make her do it if she didn’t comply. For Arun we don’t. Not because we are more lackadaisical about his safety, it’s simply a pragmatic thing: Arun doesn’t have the co-ordination to put his arms back into the straps.

“Thank you Meri,” I responded to her, “Arun does need to put his straps back on but he can’t do it on his own. He needs help.”

Once again, she seemed to understand and accept.

And, that’s the nicest thing about the whole situation. Meri, because she hasn’t known anything different, instinctively understands the diversity between her and her brother. She knows that they are treated differently and is starting to understand why. She sees this not only for him but for all of his disabled friends and classmates. Her openness, innocence and warmth shine through. She accepts him just the way he is and what-is-more, she loves him just the way he is.

And I love her all the more for it.