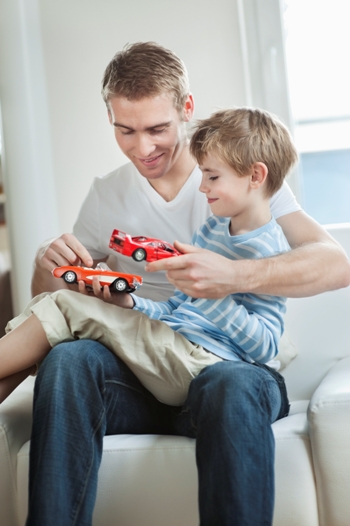 We were in York Minster and my six year old son, Arun, was making bouncing up and down excitedly going, “Boing! Boing!

An old priest, dressed all in black, with a long drawn face looked at him disapprovingly. “Shh!” he hissed at Arun. “You’re in a place of God!”

Arun looked at him a little bewildered. The tall, thin priest moved away and started talking to some other sight-seers a few yards away.

Arun resumed his happy play. “Boing, boing!” He was enjoying the echo that the cavernous cathedral was giving his voice.

The priest looked over disapprovingly and pointed at Arun from across a few pews. “Hey! Hey! Be quiet!” he commanded.

My wife Clare was winding herself up to defend her son, “Don’t point at my son…” she started.

I walked swiftly across to the priest. “I’m sorry,” I said. “My son is disabled. He has cerebral palsy and autism. He enjoys places like this differently to the rest of us.”

The priest’s hands went up in a defensive, apologetic gesture. He nodded, understanding, “I’m sorry,” he said, looking a little foolish, his eyes imploring forgiveness.

A few days later we were at Brimham Rocks on the Yorkshire Dales (we’ve just returned from spending half term holidaying up there). Brimham Rocks is a spectacular series of rock formations set on a hill with wondrous views across the green, rolling dales all around.

Arun was happily running along with his sister, Meri, in his unusual skipping, unsteady, cerebral palsy gait. We got to a set of daunting looking rocks. “I want to climb them,” he said.

Clare and I looked at each other. “What do you think?” I asked.

“Let’s see if he can do it,” she replied. “We’ve always let him test himself.”

And so off we went. We found a path up the rock formation, Arun making is way up: scrambling, crawling and heaving until he stood proudly at the top of a three metre high summit. Incredible. His perfectly able four year old sister clambered up as well. Arun had needed support and a lot of help and encouragement to do it but he had done it.

“He’s so determined,” said him mum, beaming with pride.

“He wouldn’t be alive if he weren’t so determined, “I agreed.

And that’s the thing about disability. So often society focusses on what the disabled can’t do. Arun can’t sit still and be quiet in a cathedral but he can clamber up the most impossible looking rocks if he sets his mind to it, despite having significant gross motor skill problems because of his brain damage. Not just the disabled, we’ve got to learn to judge everyone around us by what they are good at, not what they’re not. Let’s focus on ability, not disability.