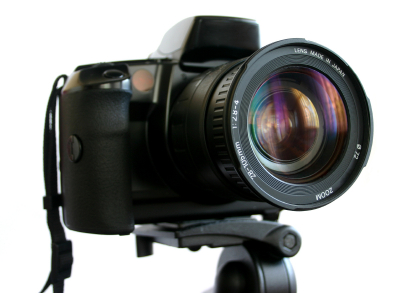 Carl from Dadtalk has been nagging me for weeks (OK- months) for a picture of me and my family that he can put up on the website so that visitors can get a better feel for the type of people we are.  I have been promising him a picture for weeks and have singularly failed to deliver up until now. The problem is that the picture didn’t quite turn out as I had planned.

In my mind’s eye I had an idyllic scene where a ruggedly handsome, yet sensitive looking, man sits serenely staring into the camera as his beautiful wife and impeccably turned out children gaze at him with adoringly as if to say, “Here is the perfect father, husband and man.”

Well, the first thing that went wrong was that Clare and I could not get well enough organised to actually take a picture with all four of us in it. This is partly the result of her hectic work-life and partly the result of Arun’s recent poor health sucking up all of our time. So, no adoring wife (or Clare for that matter) in the photograph.

This afternoon, up against another Dadtalk deadline day I decided I could procrastinate no longer and I had to get a picture. Whilst Meri was at nursery I set my camera up on garden table with the ten second timer on. I decided that I needed a test run to make sure it all worked.  I pressed the button and swept Arun up and sat down on our garden bench. Here is the result: 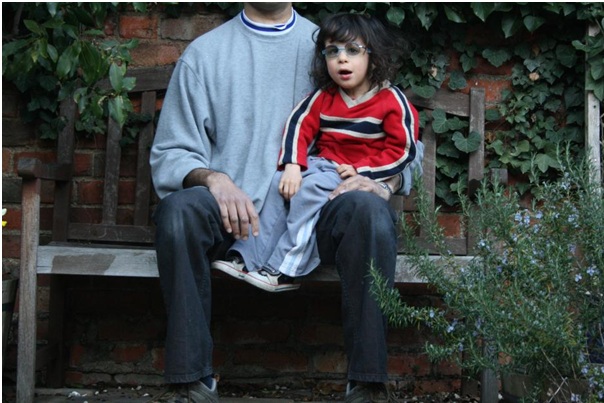 So, after I had collected Meri from nursery, we had our first real go. I decided that the best way of doing it would be to grab Arun, press the button and then sit down whilst carrying him. I would then summon Meri over to me and she would join us for the photo. 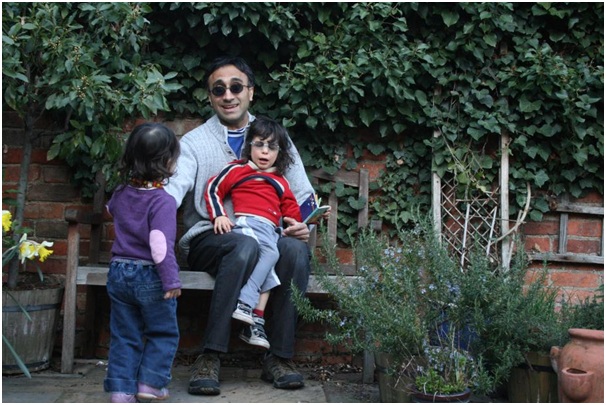 I thought I would try the same idea again because it had so nearly worked. I pressed the shutter, ran over to the bench with Arun and called for Meri. This time though she got really interested in the beeping camera and went over to inspect it. In doing so she was about to knock it off the table onto the flagstones. So I dashed up (still carrying Arun) to grab the camera before she trashed it. 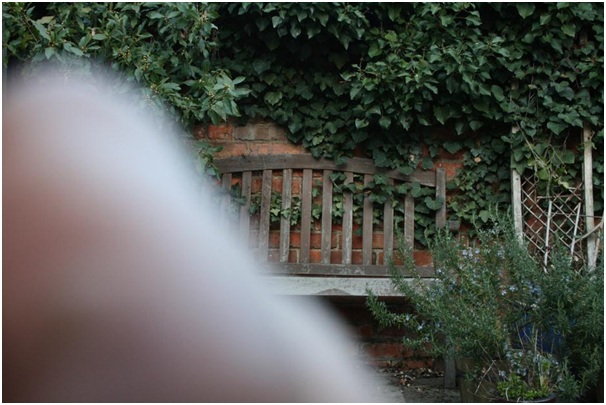 I decided that I needed to change tactics. I sat Arun down on the seat and told him to stay put. I then grabbed Meri and pressed the shutter and ran over to the bench with her this time. 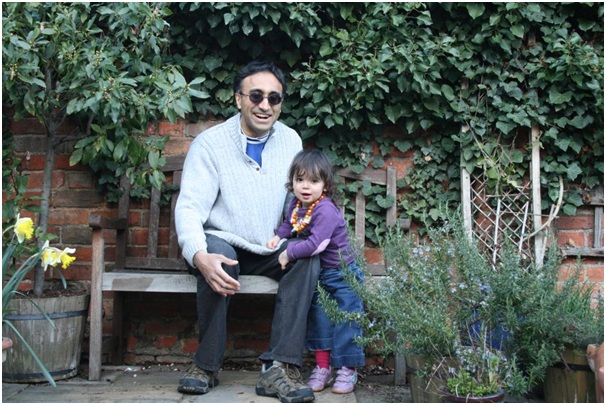 As you can see, Arun wandered off.

I thought I would try this again. I sat Arun down and told him to stay put. I pressed the shutter and went to grab Meri. But this time she had wandered off. I dashed after her to the other end of the garden, picked her up and then ran back to the bench against the insistent beeping of the camera timer. 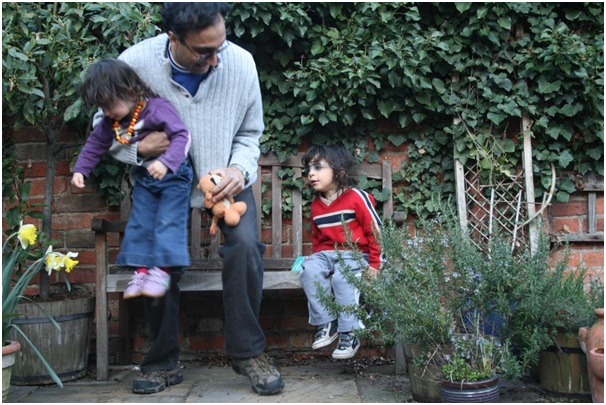 As you can see I didn’t quite make it in time.

By this stage I was losing the will to live. I grabbed both Arun and Meri, I pressed the button on the camera. I strode, like a colossus, carrying two children across to the bench and sat down. We got there in good time as the timer continued to beep down. However, in the five seconds that the children were required to wait they got restless and decided that they both wanted to make a break for it. 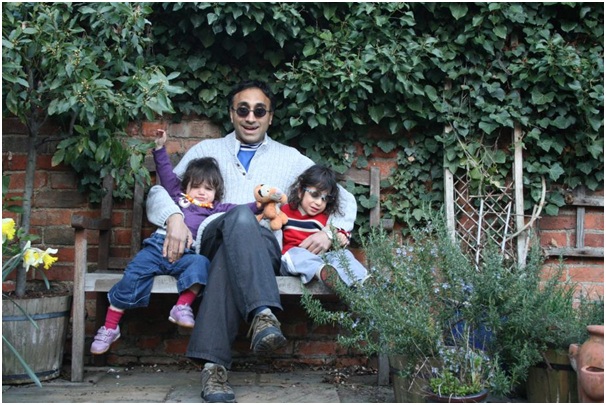 By now I’m past caring. This is the best photo I have and probably the best photo I am ever going to get. I know it’s not perfect and not what I had in mind but it is a fair reflection of the reality of my family life. It probably isn’t what the good folk at Dadtalk had in mind either. Frankly though, after my herculean efforts this afternoon, if they don’t like it they can shove it.