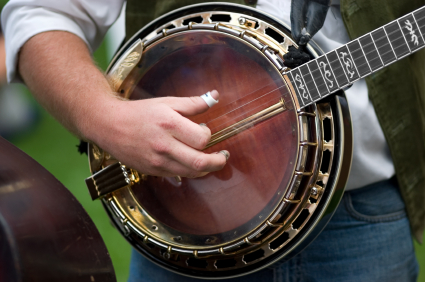 My worst fears were realised as I pulled into the car park. The Nissan next to me had a sticker in the window which proclaimed: “I love the Peatbog Faeries.

We had decided to take the children to their first proper festival and, against my better judgement had chosen the Cambridge Folk Festival on the basis that it had a reputation for being family friendly.  I had nightmare visions of men with beards wearing sandals and socks, interminable accordion solos and the dreaded Morris men.

I am basically a city boy and so it took every ounce of willpower to stop myself slamming my black golf GTI into reverse, winding the windows down and exiting the car park with a handbrake turn and blaring out urban garage.

The previous weekend we had given the kids a small taster of festival life when we took them both to the acoustic stage at the Bedford River Festival. Both had a thoroughly good time – Arun, taking after his old man, got down to a rock / blues band and Meri loved dancing to a swing band. In fact she insisted on being twirled around by Daddy copying the other ladies and their partners in the audience.

Upon arrival at Cambridge, the first thing we did was feed the kids. Clare tended to Arun and his special food whilst I took Meri off to find some lunch. After perusing all the stalls ranging from fish and chips to Caribbean, she settled on pizza. Meri particularly enjoyed the prosciutto, rocket and mozzarella pizza drizzled with balsamic proving that you can take girl out of Islington but you can’t take Islington out of the girl. She then proceeded to eat half of my curried goat proving that she really is a Daddy’s girl.

We settled down to listen to some genuinely eclectic music ranging from new wave folk (fiddle solo after fiddle solo) to some Indian / rock fusion. In the round, the kids enjoyed it. There was a lot of clapping, a lot of dancing and no major tantrums, although Arun did need a few time outs from the intensity of it all but that was expected given his autism. All in all, a result.

At the end of the day, hand in hand Meri and I made our way back to the car. I asked her, ”Meri, did you enjoy the festival?”

She looked up at me with her big brown eyes and said, “Meri had pizza!”

“Great”, I said, “we try to offer you a life enriching cultural experience and all you remember is the pizza.”

She looked at me and a big smile broke out onto her face, “Meri did dancing and singing!” she said.

That made it all worthwhile. We’ll be back next year. I might even be persuaded to listen to the Peatbog Faeries…