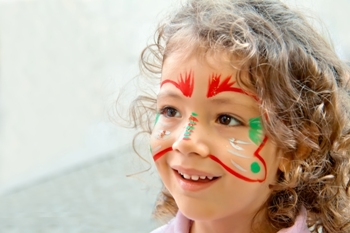 We were in the minibus from the car park of the Cambridge Folk Festival to the main site. My six year old son Arun was sitting next to me and in front of me sat my wife Clare with our four year old daughter Meri.

There was much excitement from the little ones because we were with their brilliant Uncle Steve and his even more brilliant (as far as my daughter is concerned) girlfriend Gabi. There was a little less excitement on my part because as some of you may already know; my dislike of folk music is legendary.

“Any kind of music that allows accordion solos has got to be wrong,” I muttered under my breath.

This was our third festival of the year. My son Arun loves music and especially proper music that involves guitars not lutes, lyres and harps. Ever since he was tiny, music has reached him, cutting through his cerebral palsy, autism and learning difficulties. We are desperate as parents to ensure that he has access to as many mainstream experiences as possible and want to encourage and develop his love of music as much as we can. Even if that means attending the Cambridge Folk Festival.

It’s at festivals this year that we’ve learnt that Arun loves paella, that he likes a Britpop bop (to the Feeling) and is quite transfixed by the guitar playing of Richard Thompson. Meri loves the music and the atmosphere too, soaking in the sunshine and the opportunity to wear her hippy festival dresses and hairpieces. She will quite happily dance an hour away with her old man even if he is parading some of his finest Saturday night fever dad dance steps to Suzanne Vega.

In-between the music and food we took the kids off to a lovely paddling pool on the fringes of the festival where they splashed around in the warm sunshine for half an hour before re-joining the party. By the time it got to 7.30 eyelids were starting to droop and we decided it was time to head home after a busy day.

My daughter fell asleep within minutes of us getting back to the car, her contented little snores testament to the fact she’d had a good time.

I turned to Arun who was still wide awake. “Arun, did you enjoy the festival today?”

“I liked the paddling pool and I liked the minibus,” he answered earnestly.

“Oh,” I said visibly deflating in the driver’s seat. “Well, maybe next year we’ll take a bus to the swimming pool and I won’t have to endure hours of interminable fiddling.”