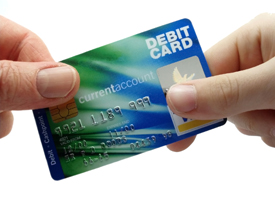 My wife, Clare had just taken my daughter Meri for her first ever proper haircut. It was her third birthday and they had enjoyed a girlie morning out on Islington’s very chi-chi Upper Street which had culminated in a visit to a baby barber.

Meri came in as happy as can be, flicking her new hair left and right.

“Not sure I like it,” said Clare quietly out of the corner of her mouth. “The hairdresser said something about Meri’s parting falling awkwardly and so not being able to give her a fringe.”

I examined Meri. “It looks like the hairdresser put a bowl on her head and cut round it. How much did she charge?” I foolishly asked.

Fast forward 24 hours. It was chucking it down with rain and we were drying off in the Dr Marten store in Covent Garden. Meri has just grown a shoe size and we had decided to treat her to a new pair of boots. Her bright yellow Dr Martens were too small and given how much she loves them we thought a replacement pair was in order.

Meri was delighted. She scampered round the store excitedly and found a bright patent red pair that she pointed at. Clare went over and dutifully passed on her new shoe size to the assistant who went and found the pair. Meri loved them and charmed everyone in the shop with her exuberant bouncing.

Whilst she was doing this, I went over to the till to pay. The assistant rang the total up.

Now, I admit that we were indulging my little girl on her birthday. Rest assured such extravagance isn’t an everyday event. Nevertheless, it’s an expensive business being a dad. A recent report stated that the cost of raising a child to the age of 21 has risen to an average £222,000 in the UK. And that doesn’t include any subsequent expenses if you can’t turf them out of your family home on their 21st birthday.

The problem is that I couldn’t really get on my economising high horse. In between the two events described above I had been shopping too. I had wanted to buy a semi-acoustic guitar for some time. That morning I had happily trawled the shops of Denmark Street just off Charing Cross Road which is guitar-Mecca. On a fifty yard strip there are twenty guitar shops. I had found the perfect guitar for a perfectly reasonable price. As I was about to buy it, something sleek, curvy and black caught my eye.

Now, I am a lucky man. I own two wonderful electric guitars (a vintage Gibson SG and a Gibson Les Paul Custom, since you ask) but there is one more guitar I have always coveted: A black bodied Fender telecaster with a maple neck- and there she was. I had a word with the salesman and he took her out for me. I had to play her and unsurprisingly, I loved her. Arun, who was with me, loved her too. Father and son sat there grinning like Cheshire cats as we tested her out.

I made the owner of that guitar shop very happy that day as I walked out with not one, but two new guitars.

I wonder if anyone has done any research on how much it takes to raise a dad until his children are 21? Not sure I want to know.