DAD.info | DAD BLOGS: Mrunal | It’s all about the wheels

It’s all about the wheels 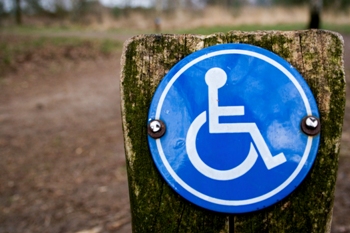 Arun was bouncing around the food hall of a rather posh department store. He grabbed his little sister and in a pique of affection hugged her, scratched her, pulled her hair and gave her a kiss all at once whilst shouting, “Catch Meri!”

He was causing quite a commotion and as Clare and I struggled to calm him down, I could see the disapproving looks from other customers. The lady in the light blue dress and Maggie Thatcher pearls, sneered at us. We were clearly the wrong sort of people for this store.

Two weeks earlier, Arun was similarly trying to grab his sister and shouting excitedly as he did so. We were at a music festival and were winding our way from the main stage to one of the smaller tents to see if we could hear some acoustic music. This time, a lady in her late middle age and a flouncy summer dress cocked her head at us as we passed by.

“What a beautiful boy,” she said as she smiled warmly.

So, what was the difference between the two events? Why did the two people react so differently?

Was it because the first lady was cruel and the second lady kind? Was it because everyone is grumpy doing their shopping and relaxed when at a music festival? Is it because one was outside when the sun was shining and the other was indoors?

No. It was because in the first incident Arun was walking around freely. In the second he was sitting in his wheelchair.

The causes of the behaviour were the same – Arun is autistic and is unable to understand why behaviours like hugging, kissing and wrestling his sister are hilarious rough and tumble play in our lounge but are completely inappropriate when we are out and about. He doesn’t understand that behaviour should be conditional.

Equally well, most people when they see a disabled child who is behaving inappropriately or oddly will not understand, empathise or sympathise – unless, of course, we give them the visual cues – for example a wheelchair. Like Arun we are ill-equipped to judge when the same behaviour is simply naughty and deserving of anger as opposed to understandable and deserving of compassion.

Maybe I should remember that the next time I see “a tosser in his Porsche” or a “loser in his Skoda”. We should all know better than to judge a man by his wheels.