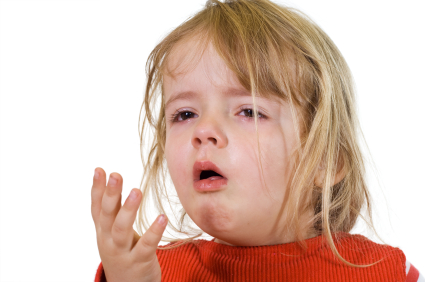 I turned around as I heard the scamper of little feet. Meri, my three year old daughter appeared at the kitchen door.

“I fell down and hit my head,” she said rubbing the back of her head.

She was shortly followed by her mother, Clare, who also appeared at the kitchen door, “that’s because you weren’t listening. I told you to be careful in the bathroom.”

“I didn’t hear you,” responded Meri.

“No, you weren’t listening,” insisted Clare.

Meri thought about this for a little while and decided to argue her point, “I didn’t hear you,” she protested and then after a moment added, “because I wasn’t listening.”

Having won her argument with her mother, off she scampered happily.

I grinned and shrugged my shoulders at Clare, “impeccable logic.”

Later that day, we had a visit from one of the many therapists involved in my son, Arun’s care. Arun, my five year old son, has cerebral palsy, autism and learning difficulties. We welcomed Julie the therapist into our house and offered her a cup of tea. Julie declined but Meri’s ears pricked up.

“You can’t have one now,” Clare explained, “You can have one after Julie leaves.”

Meri immediately turned to Julie and gave her a big hug. “When are you going?” she asked.

Towards the end of the session, we were talking about our long term goals for Arun.

“Ultimately, it’s not about what happens in one year’s time or even five years’ time. We need to equip Arun to live a happy life when he’s thirty five. We, “I indicated me and Clare, “won’t be able to look after him forever and it’s not fair for us to expect her,” I indicated Meri, ”to look after him either.”

“Arun is my brother,” she said proudly.

“Perfect logic but I’m not sure you understand quite what you’re signing yourself up for,” I said and gave her the bid hug that she deserved.