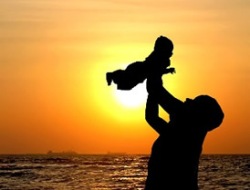 I was walking back to my car with my friend Tracy. We had just attended a conference on the implementation of the Children and Families Bill as it relates to disabled children and we were chatting about how we could mobilise more parents in the efforts to influence government.

“We really need to get more Dads involved,” She said. “You’re the only one I know who takes a really active role.” She paused for a moment and then carried on putting her foot firmly in her mouth, “But you’re like a Mum really.”

No, Tracy didn’t mean that I have embarked on a metro-sexual transgender journey of discovery and fulfilment. What she was clumsily trying to say was that I was unusual amongst the community of families of disabled children in that I was a male primary carer. I chuckled to myself but somewhere deep inside I could feel my fragile male ego being bruised.

Every so often I blog about this subject. That’s because no matter how hard I try to rationalise it, a small part of me feels that I have to justify the fact that I, a bloke, am the one that potty trained my daughter and am the one who takes my son to most of his medical appointments. The vast majority of people I meet are quietly supportive although some are incredulous – most recently an ex-military friend of a friend who pretty much sniggered when I told him what I did (but he also went on to say he had never met a woman who could drive well).

So, when I met an old City friend of mine a few weeks ago for a meal I was more than flattered when he said,” It’s really weird you called me. I was thinking about you last week ‘cos I’ve got this job and I thought Mrunal would be perfect for it.”

We had another beer and carried on talking. At the end of it we agreed that we would talk further his office in Canary Wharf. So on a cold and foggy day, I trotted into the Barclays building at One Churchill Place and we had a long chat. Stuart was right, it was a great job and it was also one I would be ideal for. The money wasn’t bad either.

However, I left his office feeling cold and not just because of the weather. Whilst the job involved lots of seemingly glamorous elements (lots of staff, global travel, board level exposure and a multi-million pound budget), it lacked some critical elements (watching Arun and Meri bouncing on my bed, seeing them smile as I pick them up from nursery and watching Charlie and Lola with them). Most importantly, I’ve done the corporate world of finance and banking before. What I’ve never done before is watch my children grow up.

So instead of jetting off to New York and Singapore I’m traipsing around a market town in middle England after a two year old and a four year old. Instead of fixing big corporate problems for a multi-national bank I am going to work for a small but excellent disabled children’s charity. It was tempting and my ego was well and truly massaged but in the end I had to go with what I really wanted to do rather than what I know I can do. Time for this old dog to learn a few new tricks.