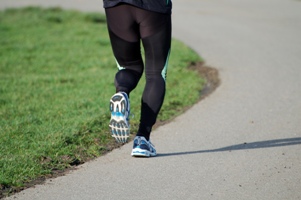 My father-in-law once said to me, “It’s one thing as a young man being tired at the end of a long day’s work but you know you’re getting on when you wake up tired the next morning after a good night’s sleep.”

And there’s nothing like children to hurry that process along.

When I worked in the City, I was quite used to long days and long weeks. A typical day for me would start at around 8am and never finish before 6pm and usually a couple of hours after that. I was often tired at the end of a jam-packed day but I was rarely physically knackered. Mentally tired, yes – my brain would often be frazzled after twelve hours of talking, thinking and stressing but I would still have the energy to go for a meal, a beer or even to the gym.

Three short years after quitting that world, I barely have enough energy left to lift a beer, let alone go out for one. Anyone who thinks that raising two children under the age of five is easy clearly has never done it. After a typical twelve hour day of running around after Arun and Meri I figure I have done two twelve mile round car trips to drop and pick them up from nursery and school, physically been on my feet for at least six hours, walked up and down two flights of stairs at least forty times (often carrying a fifteen kilo toddler), not to mention fitted in a few hours of paid work in between zonal marking the toddler equivalent of Rooney and Van Persie.

Last Thursday, however, the sun was shining on a bright but cold morning. The February sun burning the ground frost off the grass made me think of the vigours of spring. I figured that a run would rekindle my lost fires and turbo-charge me for the rest of the day. I set out full of naive optimism. As I laboured round, the seconds ticking away on my stopwatch told the told the unvarnished truth of my sorry situation. I clocked a terrible time. I finished up tired and a little dejected knowing that in less than an hour I needed to go and collect Meri from her nursery.

I was downhearted and knackered. I have maintained a reasonably active fitness regime since leaving work but the fact is that where I used to glide around a course, I now stagger. Surely, the mere three intervening years cannot explain such a great discrepancy. No, because I know who is really responsible and they are both less than one metre tall. People who don’t know them call them words like “sweet” and “cute” I know them for what they really are: Viscous, relentless, energy sucking and youth devouring vampires.

The next morning my alarm woke me after a good night’s sleep and the first thing that popped into my head were wise words of my father-in-law.