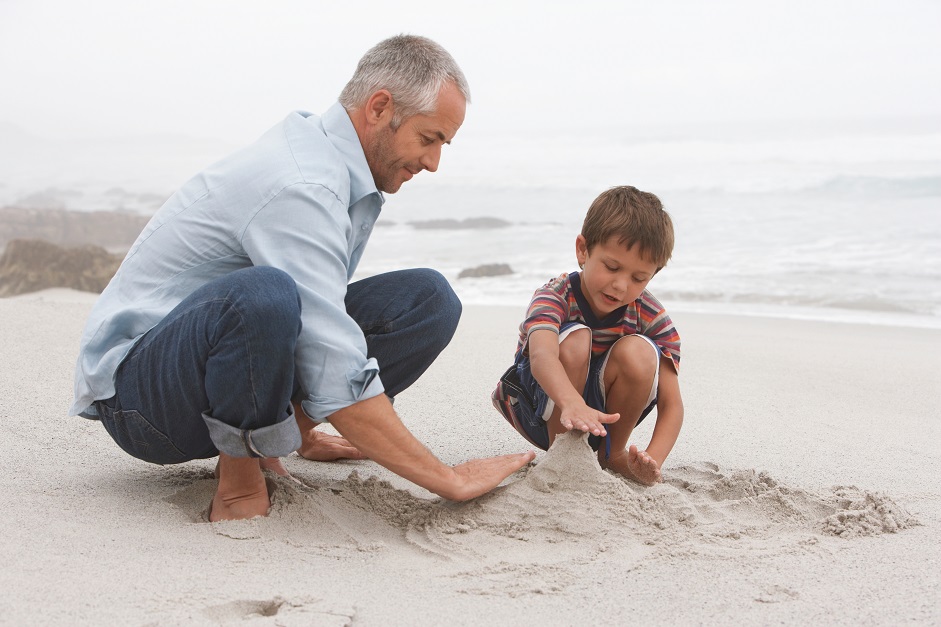 The sun was shining, bathing me in a yellow blanket of warmth. The sand was dry beneath my body and I could hear the surf breaking as waves lapped the shore twenty metres away.

I had no idea where the rest of my family had gone but at that moment I didn’t care, I was too busy lying down on the job, enjoying the moment of peace and quiet on Wells beach in Norfolk.

I lifted my head and glanced around – still no sign of my family. They were all clearly playing somewhere behind me and thankfully downwind of me – hence the quiet as the wind carried the sound their inevitably noisy play away from me.

In front of me, a young boy, probably ten years old, caught my eye as he shuffled his feet, repositioned his body and caught a spinning rugby ball in textbook fashion. His hair flew in the wind as he gathered the ball and then sent it spinning, again textbook, away from him.

My eyes followed the flight of the ball and watched as it arrived at his dad, decked in shades and sporting a very mode beard. Dad caught the ball perfectly and returned it, with interest to his son about ten metres away.

I watched them throwing the rugby ball around with some skill and smiled. Here was a perfect father – son moment. I could see the dad’s chest swelling with pride. Sand, sea, and son gloriously engaged in the most manly of pursuits.

However, as I watched, it got even better.

The son caught the rugby ball (perfectly again) and ran up to his dad.

“Dad,” he implored, “I’ve forgotten. Can you tell me again what ‘offside’ means in football?”

Dad opened his arms and embraced his son. He sat down on the sand and began to draw out a football pitch and explained clearly and concisely that most complex of laws in football.

“Thanks Dad!” son said as he stood up, nodding his head and then ran off to resume their game of catch.

I shook my head and thought to myself: that is the ultimate dad moment. It doesn’t get any better than that. I should just give up now. Nothing I do will ever come close to that.

Seconds later, my own noisy family arrived and jumped on their reclining father and we descended into a noisy wrestle of tickling and laughing. Perfect too.