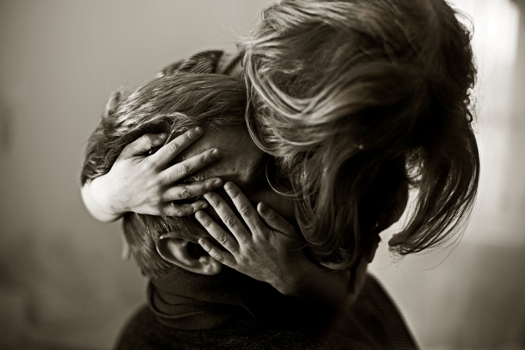 I think it was Goebbels who famously said, “If you tell a lie, make it a big one and then stick to it.

I think my four year old daughter has been taking history lessons.

Last week, Meri came barrelling into my bedroom early one morning, hysterically bawling. I roused myself from my half sleep and asked her, “What’s wrong darling?”

“Arun scratched me!” she protested. She showed me the back of her neck and indeed, there were some scratch marks.

Arun was still in his cot (despite being six, Arun still sleeps in a cot because of his disabilities) and so this got me thinking a little bit.

“How did Arun manage to scratch you? He’s still in his cot.” I queried

“Did you climb into his cot? You know that you shouldn’t do that because Arun gets over-excited and then sometimes scratches and bites you.” Arun isn’t being badly behaved, because of his autism he finds it difficult to marshal his emotions and extreme love or excitement often end up in him grabbing and wrestling the object of his affections.

Meri looked at the ground and avoided my eye. She did indeed know that climbing into Arun’s cot was not approved of.

She thought for a while. Still looking nervously at the floor she said, “Arun climbed out of his cot and scratched me.”

More intense looking at the floor. A moment of epiphany as her story matured in her mind, “Arun climbed out his cot, he scratched me, and then he climbed back into his cot.” She smiled, nodding, looking smug as all the loose threads in her account came together seamlessly in her little mind.

“Hmm,” I pondered, my voice dripping with scepticism, “but you know that Arun can’t climb in or out of his cot.”

Panic in her eyes, clearly she was starting to cotton on that she was rumbled but she persevered, “He did! He did, this time!” she insisted.

“Did you climb into Arun’s cot just a little bit?” I asked gently, reassuringly.

“That’s OK,” I said, “Let’s go and see Arun. I’ll tell him off for scratching you but you need to promise not to climb into his cot again.”

I took her by the hand and off we went into Arun’s room.

Pinocchio’s nose grew when he lied. The fact is that my little girl is such a terrible liar she doesn’t need an extending nose. Yet…