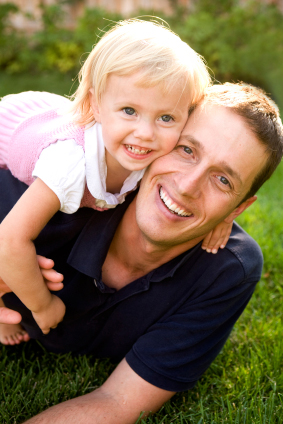 We were staying in London for a couple of days and all four of us were in our local newsagents on Highbury Barn. We dutifully got our newspaper and Arun trundled up to the counter to hand over the token to pay for it.

The young owner smiled across the counter at him, “Thank you!” he said taking the token, “Would you like a sweetie or a chocolate?”

My daughter, Meri standing not four feet away pricked up her ears and ran up to the counter and gave the poor, helpless shopkeeper her best doe-eyed stare.

“Would you like a chocolate too?” He asked, falling right into her little trap.

“Hold on you two,” I interjected, “You can’t just take things.” I looked at the shopkeeper imploring him to help out, “It’s very kind of you but they’ve got to learn that they’ve got to earn treats. You’ll spoil them.”

But, it was too late. Arun and Meri were both delightedly tumbling out of the shop with a lion bar each.

Clare stepped in, “Arun, Meri! What do you say?”

“Thank you,” they finally mumbled. Clare and I too thanked the shopkeeper for his kindness.

As we left the shop we had a little discussion. Clare said, “You can’t say no when people offer things like that out of the kindness of their heart. It’s ungrateful.”

I couldn’t disagree, “It’s lovely that people find our kids so cute they want to give them freebies but I’m just worried about the precedent it sets. And anyway, it’s not right for the shopkeeper. He’s making a loss every time we go in there.”

The next day, we were back at our house in Bedford. Meri and I went into the local convenience store. On entering the shop, Meri scampered around looking for Pat, her favourite shop assistant – the one that gives her free sweets.

Pat was there and was delighted to see Meri. She reached behind the counter and gave Meri some fruit pastels. Meri took them and looked at them. She looked at them a bit longer. Her little brow furrowed.

“Don’t want these. Want something different,” my daughter explained. “Want some chocolate.” She demanded.

Pat didn’t skip a beat. She reached into her purse, put a couple of quid in the till and handed Meri a big bag of chocolate buttons, “there you go.”

I stood by watching, horrified. My mouth dropped and for once I was lost for words. When I finally did find them I said, “Meri, that was very rude. Thank you Pat, but you mustn’t. That was awful behaviour. Let me pay for them.”

“It’s OK,” said Pat, “I love treating them.” She refused to take my money.

On the way home little Meri got a good and proper telling off. We laid down some new ground rules: she could only accept sweets if mummy or daddy said it was OK and if she ever asked for sweets again from a shop worker, she would not be allowed to eat them. Just to prove that I meant what I said, I confiscated the chocolate buttons. Daddy did go down in Meri’s estimations as a result but so far the new regime is holding.

And what happened to the ill begotten chocolate buttons? Well, it’s not big and it’s certainly not clever but I have to admit, I ate them. I had to teach her a lesson but there’s no point letting them go to waste is there?