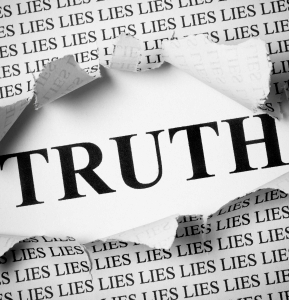 Arun wandered up to his mum with a big smile on his face.

“We’re going to go in the Golf car tomorrow,” he said very knowledgably. I cocked my head proudly because he was right. That’s just what I had told him earlier in the day. I was a little less proud of what he said next.

Yes, again he was right and he was grassing me up to his mother – the rear passenger side of the Land Rover was looking a little worse for wear after a small altercation with an incredibly well disguised telegraph pole that must have been hidden by some cutting edge US military stealth technology. Luckily touching up the paintwork wasn’t too expensive and only took a couple of days and, of course, my wife knew about the incident and the repairs. However, that still didn’t make it right that Arun was so gleeful when passing on the news.

The problem is that this compulsive honesty is starting to get to be a habit. I had a particularly fractious morning today. Clare and I had a minor disagreement about our plans for New Year and then Meri refused to eat her lunch. By the time it got to one o’clock I was thoroughly grumpy. As Arun and I went upstairs to his room I might have uttered something along the lines of, “I getting really bored of this behaviour.”

You can guess what happened next. Yes, my little oracle trotted downstairs and reported dutifully to his mother, “Daddy’s getting really bored of this behaviour.” You can guess how well the afternoon went…

So, after careful consideration, I have decided that I must stop teaching Arun wholesome and healthy values such as always telling the truth. It’s about time he learnt the merits of being economical with the truth; of taking a more liberal interpretation of the facts; of, OK, lying.

Frankly, it’s in his own interest. It’s a tough old world out there and not everyone is going to be taking a strong ethical stance in life. It’s my job as a father to equip my children for the harsh realities of the world. I mean, they’re nearly five and three years old and you can’t keep mollycoddling them forever, can you?

More to the point, I’ve got to shut him up somehow. All this constant truth telling is landing me in it and even my creative interpretations of reality are failing to keep me out of the doghouse.