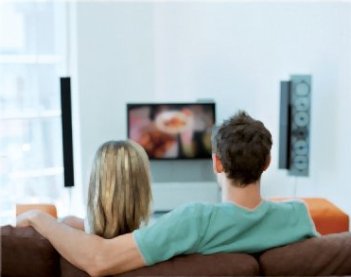 It was Sunday morning. My wife and I were sitting in the lounge with the Andrew Marr show on TV. We looked at one another quizzically.

I wrinkled my brow for a moment before the penny dropped. “It’s Sunday morning and we’re sitting together watching the Andrew Marr show. In quiet. We haven’t done this for years.”

“Nice, isn’t it?” said Clare snuggling into me.

“Do you remember what weekend mornings used to be like? We’d get up late, watch Andrew Marr, go for a walk, talk, have brunch, maybe have a nap.”

“Mmmm,” hummed Clare with a look of blissful recollection and peace on her face.“Just doesn’t happen any more with two rug-rats.”

“Did you know, the ancient Incas used to dig a big hole in the ground and put their children in there whilst they got on with their day?” I asked. “There’s a lot we can learn from ancient peoples and civilisations.”

“Where are they then?” said Clare breaking the spell. “It’s far too quiet. Where have they wandered off to?”

We listened for a moment. I could hear the a-tonal strumming of a ukulele from the other end of the house. “Arun’s in the conservatory,” I said.

“Is Meri with him?” Clare asked.

“I think so,” I replied and slowly, achingly and tiredly heaved myself off the comfortable couch to make my way to the conservatory.

Once I got there I saw an Arun who was grinning from ear to ear playing his union jack ukulele. “I’ve got Arun but no Meri,” I shouted back to Clare.

“Bother!” I heard Clare say as she too heaved herself off the comfy couch to scour the house for our three year old.

A few minutes later mother and daughter came back downstairs. “I found her in the loft. She’d gone in and then couldn’t open the door to get back out,” Clare explained.

“You come and play guitar in the dining room,” said Arun pulling my finger.

“I really think those Inca’s were onto something,” I muttered under my breath as I was dragged away from my moment of snatched tranquillity.