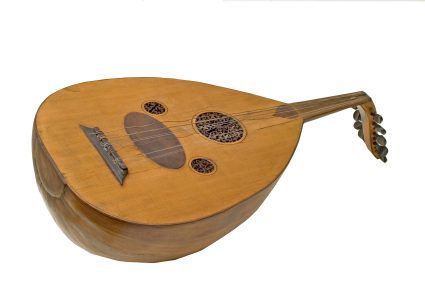 In the olden days, poets and bards would travel the length and breadth of the country singing songs of ancient heroes and contemporary kings. Their insight, wisdom and knowledge led them to be the most revered and sought after members of society. We owe an enormous debt to the linguistic virtuosity of greats like Homer, Virgil and Bryan Adams in the way in which we relate to the world around us today. Or at least that’s what I tell people that have been offended by the little songs that my children make up about them.

So, OK, I admit that the toddler mumblings of Arun and Meri are perhaps not in the same league as Homer (let alone Bryan Adams). However, I think that they have managed to find inner truth and incisive perception in their latest set of lyrics.

This afternoon, I was playing the guitar with them and they were singing one of their favourite songs: “The Bees in the Garden go buzz, buzz buzz” which follows the same pattern as the “Wheels on the Bus.” After the first verse though the kids started on one of their favourite exercises which is to sing verses about people they know. So this is what they sang:

“The Meris in the garden go bounce, bounce bounce” – incredibly accurate because Meri never stops and one of the things that she does best (along with her favourite cuddly toy, Little Tigger) is bounce.

“The Aruns in the garden go strum, strum, strum” – again, very perceptive because whenever Arun is near a guitar he insists on strumming it regardless of whether someone else is trying to play it or not.

“The Daddies in the garden go tickle, tickle tickle” – spot on. One of my key functions in the family is an endless source of rough and tumble play and tickles.

“The Grannies in the garden go run, run, run” – one of the things everyone notices about my septuagenarian mother is her endless energy – she is always on the move.

“The Uncles in the garden go stomp, stomp, stomp” – Uncle Steve is a pretty robust chap who helps out superbly in the rough and tumble stakes and is a little heavy footed.

“The Nan’s in the garden go cuddle , cuddle cuddle” – exactly what Nan’s should do.

“The Grandads in the garden go sit, sit sit” – again, exactly what Grandad’s should do.

This is all their own work. It provides a telling insight into what they think about the people around them and even who is important to them:  All the people they know really well and like get a verse – so all of their close family and a handful of our close friends that they see a lot get a mention.

What cute, adorable children you must think. However, the more perceptive amongst may have noticed that I haven’t told you what they sing about their mother.

Apparently, “the Mummies in the garden go sleepy, sleepy, sleepy.” Now before you jump to conclusions that my darling wife is a lazy good for nothing malingerer who spends all day in bed, allow me to defend her honour. Clare normally returns home after a hard week at work and on a Friday morning (when both kids are at home and Clare doesn’t work) has a well deserved lie-in to recharge from the rigours of the week and prepare herself for the toddler assault that is about to happen. The kids, however, don’t know or care about this. They just know that on the first day of our weekend their mother can be found in bed.

I’d better go know otherwise the next time they sing this song there is a high risk that the ”Daddy in the garden will be limping, limping limping” after a very grumpy tired wife has exacted some summary justice.