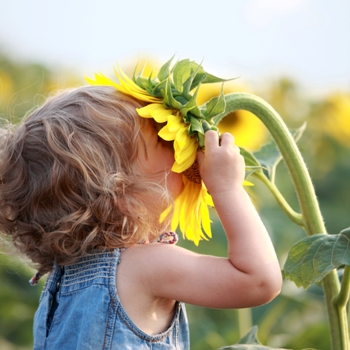 I was along the street with my two children, Arun 6 and Meri 4, having just collected the younger one from nursery.

She was proudly clutching a plastic cup with some compost in it. Buried somewhere inside was a sunflower seed: a new project from nursery.

“So Meri,” I said. “This is going to be lots of fun. You can grow your own sunflower from a seed.”

“If you want you can plant it into a bigger pot tomorrow.”

She looked worried. “But I don’t want to be in charge! I don’t like being in charge!” She protested. “I like it when you’re in charge!”

I turned to my son. “Arun, who do like being in-charge?”

Well, one part of me was delighted to have such unwavering devotion and discipline from my little family. Another part of me was a little worried. Surely growing up is about being independent, taking responsibility for situations and for the consequences of your own decisions. I don’t want to be a domineering father who stifles the development of his children, however well intentioned. It’s no coincidence that many of the great leaders of our generation lost their fathers when young and found themselves having to take charge. I shrugged it off; after all I needn’t worry too much. They’re only 4 and 6. They’ve got plenty of time to cast off the paternal yoke and emerge into their own lives.

I sensed an opportunity for some mischief. “Who’s in charge more? Mummy or daddy?”

Both of my darling children replied “Daddy!”

“Isn’t mummy in charge?” I pressed.

“No daddy’s in charge.” The right answer.

Later that week I was speaking to my wife. “Our kids are pretty smart,” I said. “They know who’s in charge.”

“Oh?” Clare asked, looking up from her newspaper.

“You just keep thinking that,” she replied turning the page. “That’s exactly what I want you to think.”