Who you callin’ stoopid? 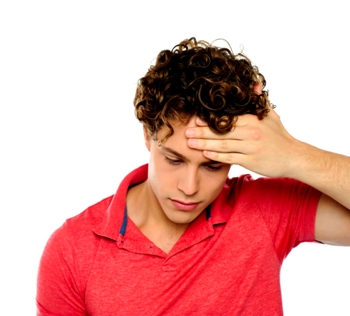 I was working one evening in the loft. It was a warm evening and the windows were open. I could hear a banging from outside and something told me to go and investigate.

I went into my son Arun’s room to find him standing behind his blackout blind and thumping the window.

“Arun! What do you think you’re doing?”

He just looked at me sheepishly.

“Back into bed,” I said and ushered him back and tucked him in.

I went back upstairs and settled back to my work. A few minutes later – more banging.

I bolted downstairs again and burst into Arun’s room. To find him scrambling back into bed. He was sitting up in bed with a guilty look in his eye and his covers half on.

“Arun were you banging the window again?” I asked.

“No!” he responded emphatically.

“I’m not stupid you know,” I told him, incredulous at his bare faced cheek. It was about to get worse.

“No. You are stupid,” he said with real conviction.

The following day, Meri, my four year old daughter ran into the kitchen with an empty plate covered in crumbs. “I’ve finished my sandwich,” she said proudly. “I can go and watch TV now.”

I was suspicious. Just two minutes before, she had three quarters of it left. I went to the kitchen bin and looked inside: two quarters of ham sandwich.

“Meri!” I called her back to the kitchen from the lounge. She shuffled in a little sheepishly.

“What’s this?” I asked. She peered into the bin. She looked up at me and gave her best puppy dog eyes.

“Daddy’s not stupid you know,” I said. She nodded shamefully.

Later that day I was bundling the kids into the car, running a little late for an opticians appointment. I put my prescriptions sunglasses on and put my regular glasses in the case and on top of the car. I jumped in and we drove off.

When we got there, I looked in the side pocket of the car door for my glasses case. And then it dawned on me.

Turns out I am stupid after all.