Missing Dad – children are missing contact with their fathers

Children are losing out on contact with their fathers when their parents separate, according to the findings of our new survey. 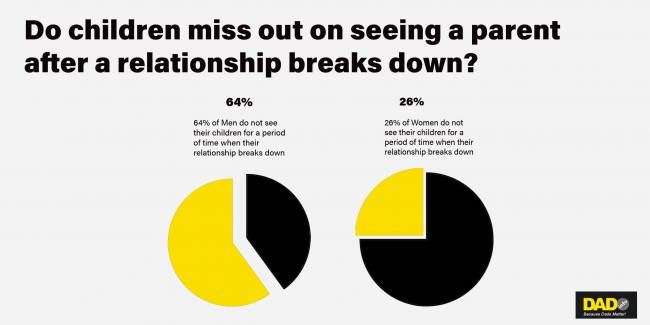 The DAD.info survey found that during the process of separation, Dads go for much longer periods without seeing their children than Mums. Almost two thirds of Dads (64%) do not see their children for a period of time when the relationship with the other parent breaks down compared with a quarter of Mums (26%). Over 1,000 divorced or separated parents took part in the survey (undertaken by independent data collection partner CINT*) answering questions about contact arrangements for their children, support available to them during separation and their attitudes to co-parenting.

For most (41%) of these Dads, after a relationship breaks down, they won’t see their children again for four months or longer. For some (19%) the gap in contact can be more than six months. The main reason for this was not delays in court process (as might have been expected) but to avoid further conflict with their ex partners.

“Don’t use children to settle a score with your partner” 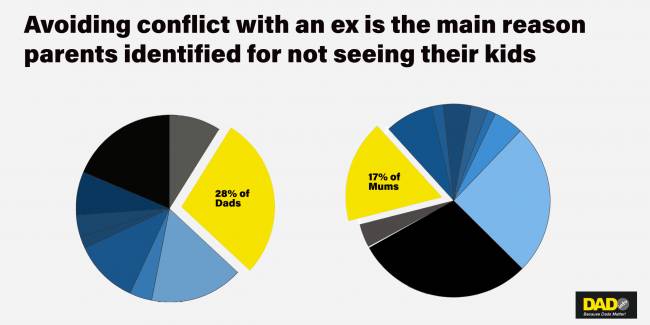 The parents surveyed offered advice, which often focused on protecting the children. One respondent spoke from hard won experience when they said, “put the kids first. Don’t use them as weapons to hurt the other parent and don’t try to brain wash them against the other parent and don’t allow your extended family to do this either”. Advice that Ian Soars, CEO of Dad.info and Fegans would whole heartedly support, “As a society we need to do so much more to acknowledge and openly discuss the damage that conflicted family breakdown can do to children. More needs to be done to help separating parents to resolve conflicts outside of the courts, access services such as family mediation and to support them towards the goal of long-term co-operative parenting.”

One in four Dads, who didn’t see their parents for 6+ months were told by their ex-partner that their children did not want to see them.

“Don’t treat your children as bargaining chips to score points off each other.” 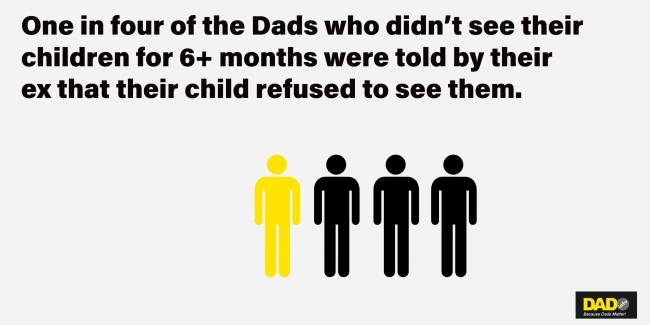 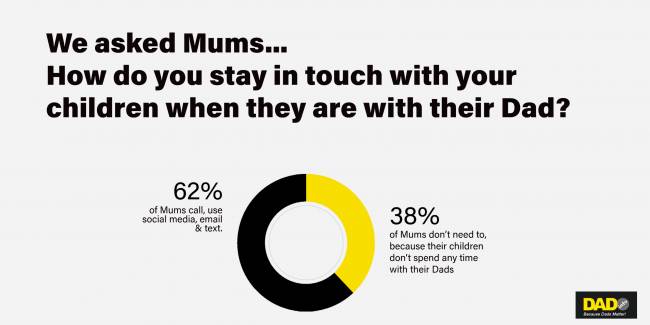 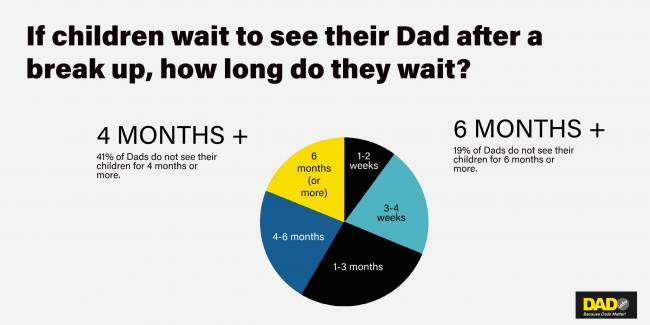 A third of parents surveyed used the family courts to make childcare arrangements during their separation. However family mediation is also a significant source of support during separation (cited by 32% of Dads and 25% of Mums) as was support from extended family (28% of Dads and 30% of Mums). Over 20% of parents sought advice from the internet. 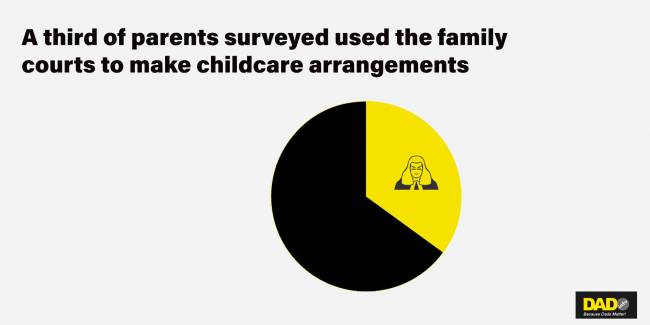 The most common piece of advice (cited by over one in four parents) was to “put the children first and prioritise their wellbeing or needs above your own personal feelings.”

“We have a respect and love for each other beyond separation and we still support each other when necessary as a family member.”

Those respondents who did see their children and had a good relationship with their ex-partner, shared strikingly similar advice suggesting how during a separation parents should work to remain amicable, keeping lines of communication open. Many of them talked about time healing and showing respect for the other parent, particularly in front of the children.

In response to these survey findings Dad.info would like to share our new online course about co-parenting after separation which can be accessed free of charge.

LEARN MORE ABOUT OUR CO-PARENTING COURSE

The course includes on-demand lessons through animations and videos from parenting coaches and downloadable support materials. Parents sign up online and receive links to a new lesson each week for 10 weeks with an option to receive further parenting support beyond this.

All parents are welcome in our forum for mutual support. 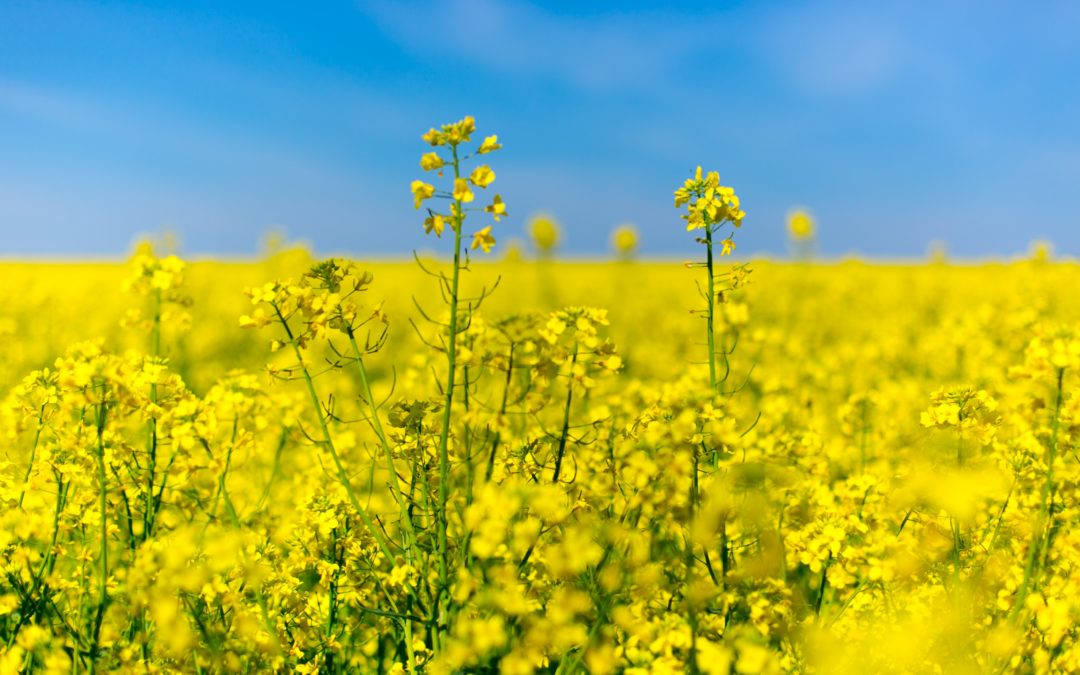 How to Talk to Children about the Invasion of Ukraine

Images of fathers leaving their families to stay behind. Videos of explosions. Photographs of children harmed. How should we talk about the Ukraine crisis with our children?    Our Fegans counsellors provide some suggestions below for engaging in...