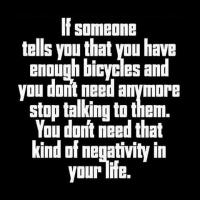 Doesn anyone have any tips how to help my 2 year old daughter speak? She can manage the odd word, but struggles with most simple words.

Any advise would be appreciated.

Children vary in their development but my first thought on reading your post was to ask you if her hearing is o.k.?

Have you tried having 'conversations' with her instead of focusing on the words or singing nursery rhymes or simply talking to her a lot?

early language development is more about learning the form of communication rather than the words so the more you talk to and sing to children and the more they hear words the easier they find it to develop language.

I have a daughter around the same age as yours and we sing nursery rhymes all the time. to start with she just laughed and giggled but then she picked up the tune, trying to sing along and as she keeps trying to join in more and more recognisable sounds have come and real words are beginning to appear.

The other thing that works quite well is 'pretending' that the noises she makes mean something and engaging in conversation with her based on those meanings. I'm not sure how to explain what i mean but say she's playing with a doll on the floor, you go over and sit down and ask her who she's playing with and she says 'sdttu' or some other sound and you respond 'dolly? you're playing with dolly?' whatever sound she makes back you know means yes because you can see that she is playing with the doll so after she's finished her reply you pretend you know what she said and, working from the cues in what she's doing you repeat back what you think she said. something like 'yes, feeding dolly' and then 'ooo that sounds fun, can daddy help?' and then you play with her, watching what she's doing and asking how you can join in and each time she 'speaks' to you you form the sounds into words and say them back to her before doing as she said. The act of engaging her in conversation, listening to her responses and then doing what you've told her you understand she's asked you to do teaches her how important her voice is and that it's worth speaking to you which at 2 is the main thing. 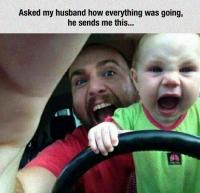 I second the suggestion to enforce long conversations. Also, singing is very helpful!

My 15 month old son adores these videos. He just loves all the characters and the songs. They helped teach him quite a few words and basics like numbers, colors and some animals!

My 2 years old son echoes words back from our conversation. Generally talking slowly to the child in an engaged way works fine.

Remember, everyone is an individual so don't stress over it.

Thank you all for your advice.
Hopefully if visitation goes ahead this weekend, I will be trying out some of the tips suggested.