Forums
Issues for Dads, by...
Fathering Children
Pre-Teens: Fatherin...
Kids are better off...
Notifications
Clear all

[Solved] Kids are better off with us, but what can I do?

We split in 2008 when my one boy was 3 years of age.....went throught courts for contact and residence.. Was given contact...

Mychild now 8.....she lives in Wakefield with her new hubby and me in Leicester...soon to be getting married soon...

On every occasion my child has to return he is very distraught and very tearful......

However, when he is there he is well behaved...and relatively content...

he goes to a private school who her step dad/her father pay for...very nice school...

I couldnt deal with my child being distresed on returning...i recorded him crying many a times as evidence....dont know how useful this is going to be....

Anyways..he refused to return so i told them im going to court......

She took me to court...judge ordered him to be returned and am currntly going for a contested custody hearing taking all my evidence...

Had cafcass assessment and as you say as there is not physical harm they are on the side that custody remains with the mother...Refused to look at letters my son wrote and hear the recordings.....

Chances are that I am not going to get custody...but I cant sit back and in future be unable to answer my child when he asks why i didnt try as he does now...

Fighting a losing battle sadly....but itll provide me with some comfort knowing that I tried...

Thanks Shaqs.
Unfortunately I can't really afford to go to court - only to lose! and as we do see the kids almost every weekend (and most holidays) we hope our influence will rub off on them.
Its just a very frustrating situation, when anyone in their right mind can see the boys are happier with us.
I suppose I just have to accept the situation, and enjoy my time with the kids when they're with us... It's just all the hassle we have to deal with, because their mother is so inept!
Example in question, when I dropped them off last night, I got a phone call an hour later from one of the children to sort out an arguement between the two of them... (which was so silly, it should have been sorted out by their Mum). It seems that as soon as they walk through their Mum's door the problems start...

I suppose I'll just have to play a waiting game until they either get older, and either move in with us off their own steam, or the situation changes over there (i.e. her husband leaves and see reaches the conclusion she can't cope on her own).

Have you talked to your boys frankly about their behaviour with their mother and step dad and the effect it is having? Perhaps they think if they behave badly enough their mother will let them live with you!

I know how tough it is knowing that your boys would be better off living with you, but as you acknowledge there is nothing fundamentally wrong with the mother and they are having most of their needs met. I think realistically its going to be a matter of waiting until they are older and will exert their own will. 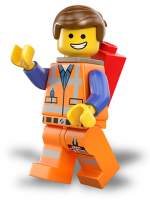 I think realistically its going to be a matter of waiting until they are older and will exert their own will.

Spot on Mojo, Give them 3 more years (in age) then approach the court for full residency - as long as the boys want to live with you & they make that statement - it would be harder for the court to ignore their wishes.

Keep a log of all the times they stay round & poor disciplining/ parenting by your ex.
Longer you keep them the greater the bond & more structured their life is with you.

Cost would be a court fee (215), fill in application yourself (lots of info on how to) & away you go...all about timing mate.