Forums
Issues for Dads, by...
Legal Eagle
District Judge over...
Notifications
Clear all

I was wondering whether anyone on here can confirm whether it is possible to have Child Arrangement Dispute case being transferred from Magistrates to a District Judge following the FHDRA. I understand our next hearing is listed before the same Magistrates.

My experience and impression so far in dealing with Magistrates (whilst appreciating not all are the same) on one FHDRA was poor. The Magistrates in question appeared to have a lack of legal knowledge and kept on having to be advised by the Legal Advisor, which given the profession sounds the norm but when I simply asked whether I needed to raise a separate C100 application for a Specific Issue dispute to be heard, I would expect the Magistrate to be able to answer and not refer to the Advisor. Further, there did seem an element of bias towards Mother with sympathy when the waterworks were turned on. They also failed to discuss or question Mother at the FHDRA why she failed to attend mediation as per the initial Court order saying she should attempt this. Despite me raising this at the hearing.

I also felt the Magistrate provided a premature view on an education dispute I had with Mother and tried to satisfy me that Mother's decision to change schools without consulting me could be perceived as justified and she tried to relay some experience of her dealings with Ofsed to discredit my concerns. No evidence was heard at this point on the school dispute so I was surprised she was willing to express her view on this. N.B. a later separate Court hearing on the schooling dispute went in my favour thanks for a very reasonable District Judge.

Another opinion I have is that the Magistrates in question appeared indecisive e.g. they initially said that we will return for a 2 day contested hearing, before then changing their minds sending us on a parenting course. The indecisiveness did not fill me with confidence when I am fighting for a Court order granting increased access for the next 13 years!!

Also, whilst I am not suggesting this should be an issue, I did feel up against it when I walked into the Court seeing 5 females with me as the sole male :dry:

So in short, does anybody know where I stand legally in attempting to have my case and future hearings heard before a District Judge as opposed to Magistrates that have been assigned the case? I would much prefer a DJ hearing my case given they are full time where as lay Magistrates obviously not dealing with these matters day to day.

You can request that it be moved up to DJ, but it's their decision I think. If you have cause for appeal it would then be moved up. You can try writing to ask, but don't be surprised if they refuse. I don't have a great deal of previous experience with this situation, but the few times I can recall, it has always been refused.

just as a point of information, the magistrates aren't qualified in legal matters or procedures, so they refer to the court clerk (who is qualified), which is what you have seen going on, so this isn't unusual.

Just wondering....if you saw a DJ after the mags court, why didn't they deal with the contact issues as well as the school issue?

Magistrates are notoriously indecisive (and in my opinion, shouldn't sit on family cases at all) however, you very rarely see the same bench twice and unless your issues are quite complex, then you're unlikely to be successful with the request to move up to Tier 2 (DJ).

I'm confused, how many hearings have you had? If you wanted the mediation issue raised at the FHDRA "as per the initial court order", is this a new set of proceedings as a FHDRA is a first hearing.

Thanks for the reply and apologies for the confusion.

- I've had one FHDRA for the Child Arrangements Order Application - I'm seeking increased access. This is the hearing whereby I was far from impressed with the Magistrates (whilst appreciating they are part time voluntary etc). When I referred to the initial Court Order I meant the initial directions order giving us a date for the FHDRA but also on the directions it states that the ex partner failed to meet the threshold to bypass mediation so the initial directions made it clear that the applicant (the ex) should arrange mediation before the FHDRA. She failed to do so, yet the Magistrates failed to even refer to mediation at the FHDRA. I felt a stern word would have been had if mediation is bypassed without good reason - as this is a legal requirement - but clearly the Magistrates felt no need to question this. I was also alarmed that the Mag felt the need to refer to the legal advisor in Court when I questioned a SIO application and how I would need to go about this.

- My second hearing a few days later was for a sperate issue (I applied for a Specific Issue Order due to the ex partners decision to change school preference without consulting me). This was heard as an emergency due to tight deadlines to appeal to school and a DJ was assigned to this hearing. The DJ finding in my favour.

From what I took away from it was that any urgent matters / Specific Issue Order hearings you have a better chance of this being heard by a District Judge who in my opinion are far more competent. Where as a standard child arrangment dispute (without DV involved), you are likely to have Magistrates until conclusion.

Nevertheless, I have written to the Court to request a DJ for the Child Arragements Application and await to see what happens. I will not be holding my breath.

Thanks again - and sorry for the confusion. I was just interested to hear opinions re DJ vs Mag in Family Law.

i completely agree with yoda, magistrates should nto be allowed to sit family cases

Chances of having it moved up to a judge are slim to none, you would have to present a very good case for your request and frommy experience...it always falls on deaf ears 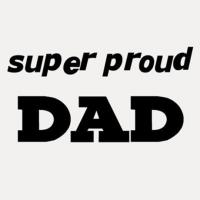 The guidance for moving cases to a DJ is available at http://flba.co.uk/downloads/ms_6485.pdf .