Just seeking some advice on behalf of my partner. He is currently in the midst of preparing for a Fact Finding Hearing (self representing) that has been set because of allegations raised by his ex-partner and mother of his sons.

There are many allegations and they are all made up. They include physical, sexual and mental abuse of his ex while they were together, physical and sexual abuse of their children, intimidation, control etc. We are both confident that the findings will go in his favour, but there is always the risk that this won't be the case.

If the court decided they believed his ex-partner, and decided he had done all the things he is accused of, what would be the long term implications of this? Obviously, this is private law, but would there be a permanent mark against his name? What if we were to have children in the future, or if he needed a DBS check for work?

And in the more immediate future, what would happen to his chances of seeing the boys?

Hopefully someone has been in a similar situation and has some experience, thank you!

I am not 100% sure, I think if he were to apply for a job which involved dealing with children or vulnerable adults, these will show up in enhanced checks, assuming he is convicted? I would imagine if his ex reports the abuse to the police and he is arrested and convicted, it would show on his record. Allegations do not.

I do not think I child protection plan is classed as a "criminal conviction" so it would not show? I hope his fact finding hearing goes well, but i would suggest he should look in to being represented, he may leave himself vulnerable. Good luck with it all.

Hi Ferfer, thanks for your insight.

No, he's not convicted. Allegations were taken to police before court and didn't resulted in arrest or action, just investigation. 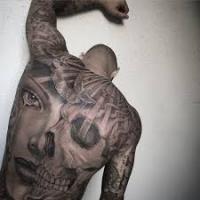 Hi Lau 87. I'm going through the exact same thing. Can I pm you or your partner??

some info on fact finding hearing:

Hi the dbs check won’t show anything .as far I’m aware .
Finding of fact going against him isn’t a caution or convictions as is my belief .
Family court the burden of proof is less than criminal so you never know what the court will
Believe or rule . All you can do is discredit and disprove the allegations . My ex levelled lots of allegations but refused to submit a Scot schedule as my Evidence discredit her as a mother and I don’t think she had any actual evidence to submit .

Hi Laura, if it doesn’t go in his favour the cafcass officer/social worker may suggest he does a dvpp (domestic violence prevention programme) to get on one of these courses he would have to admit to some of the allegations his ex partner has made against him, this is tricky for some dads because they feel they aren’t guilty and struggle on the course and it can take them a few attempts to do the course, hopefully it won’t come to that and it will go in his favour, if he’s working he should keep his job I think it would only affect him if he applies to work with children /vulnerable adults that’s it, I would think very carefully before starting a family with him, if he’s sent on dvpp and does well and He proves change maybe but it’s very likely that social workers will access you if you were to have a child with him because of his ex partners allergations unfortunately allegations that aren’t true do a lot of damage it’s not fair on the children who want relationship with both mum and dad, I really hope things work out for you both.