Im gutted if there not making anymore,looking forward to the last one next week. It seems to be my luck at the moment that I get into something for it to be axed,Heroes is no more apparently.. 👿 👿

I've enjoyed this - in a way, I'm glad there's no follow up series as it had the potential to drag on into multiple series, but not if they are leaving it on a cliff hanger 🙁

Still hoping in vain for another series of The Lost Room.

And Strikeback was good - and only six episodes. I like mini series. 😀

Well im very frustrated with that ending,they can't leave it on a cliffhanger like that surely,it is really starting to wind me up when a show get's axed and they don't end it properly..

Apparently they are putting out a Dvd of the series where there will be an alternative ending.

Apparently they are putting out a Dvd of the series where there will be an alternative ending.

Gutted by the ending, and there's no way I'm going to buy/rent a DVD just to watch an alternative ending. :rant:

If your on FB and are interested check out the Saveflashforward group.

Fans of FlashForward plan to stage a blackout to protest the show's recent cancelation.

Members of a FlashForward fan group will gather in front of ABC offices in New York, Los Angeles, Chicago, Detroit and Atlanta on June 10. They are to mimic falling unconscious for two minutes and 17 seconds, just as in the programme's pilot episode.

Overseas supporters will join in the protest in London.

The group, which started the website PreventTheBlackout, has also shipped 20,000 "friendship bracelets", an item seen on the show, to the president of ABC.

If you liked Flash Forward then I would recommend you check out "The Event" on Friday nights on Channel 4.

saw the first double episode - need to see a couple more to make my mind up.

Seen the first five eps - well worth a watch. 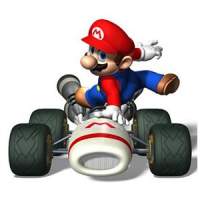 Started watching it - but lost interest.

I gave up with Lost when the Polar bear arrived - why are Americans series so far fetched? or do they actually believe they are real?