Forums
Issues for Dads, by...
Work-life Balance
Career or Family - ...
Notifications
Clear all

[Solved] Career or Family - Do I have to choose?

I'm in a 1.2 Petrol turbo now - if I push it hard, the fuel consumption figures aren't much better than your truck 😀

Well I'm in a 1.4 fiat punto for the time being until something else comes along I like, the MPG is much nicer, £40 to fill the tank and around 400-500 miles between fill ups if I can keep my right foot light Lol.

If you think that "the job is leading you forward into a career which you can enjoy, and can happily provide for your family and yourself", well, you just have to try to do both and manage your time, 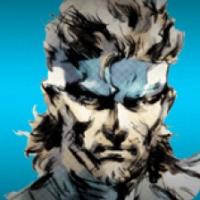 Sorry I haven't replied sooner, it's been manic. Alot going on at work (though I'm happier with the situation now, having spoken to management and been reassured) and also alot going on regarding contact transitions for the eldest (part of the final arrangements order).

Ex has been playing silly beggars too, but that isn't phasing me too much - sent a letter to her, cc'd the court, "adhere to the CAO or i'll be taking you back to court for enforcement" basically - job done!

Regarding the car - I had to make a compromise 🙁

We had some issues with the existing car, which meant we ideally needed to replace it.
Given my weekly commute averages around 400 miles, and contact transport adds another 250 miles a fortnight, petrol wasn't likely to be economical (especially not the 3.2 v6 in the GT!) Also, given the fact that the other half doesn't currently need to drive for work etc, 2 cars wasn't entirely cost effective.

So, i was looking at the Alfa GT, 1.9 diesel. It's effectively the GM/Vauxhall lump with a few alterations.

Anyway with some input from the other half... I've had to be boring and get a Vauxhall Zafira on an 08 plate. Although, I did manage to get it with the 1.9 cdti engine (150bhp) so, I've got the right engine, just in the wrong car! 😉

All in all it's a "dad bus" but with plenty of poke. Also part leather, parking sensors, sport mode, etc etc so overall i'm happy.

There are some plans in the pipeline for some modifications later down the road (EGR blank, inlet replacement and remap) but we'll see.

For now, it will serve it's purpose, and once the front drive has some more space, i might be tempted by a "project" for the summer 😛

Glad to hear your getting your head around working and contact ect sometimes it just needs talking over, when you think like me you spend a great deal of time alone so your head makes things much worse as you aren't able to talk through your thoughts as they happen so your head works them over, for you whilst you comute but for me I work alone, so for 8 hours a day I'm left alone with my thoughts which isn't always a great place to be Lol

With regards to the car, the Zafira isn't a bad car actually, I like Vauxhalls and the newer shape Zafira is a lot more modern looking than the model before which now looks out dated. If you google Caska, you will find a great stereo up grade for the Zafira, I had a Meriva up until last year, mine was 1.7 TDI but had the body styling kit fitted at factory, tinted glass and lots of extra's the only thing I found was the stereo was a bit naff, I fitted one of the Caska units and added DAB ariel and the Sat Nav options, they fit perfectly as a replacement as they are shaped to the axact size of the original unit and with some you can even select the colour to match so it looks like an original fit unit. Caska make stereos for many manufacturers over seas where they come as factory fit.

The only thing I found with mine was the software would crash every now and then, but a quick re set and you were fine again, you get bluetooth, 7.5 inch touch screen, DVD player and I-pod conectivity as standard, but as said you can add DAB and Satnav at extra cost, I was very pleased with the look and feel of mine and Although not the cheapest option for stereo up grade, the advantage that it looks like it should be there was a huge benifit for me. 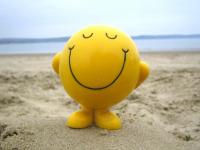 I've just helped the ex's sister to find a zafira and it's spot on most of the reviews are good they are sound motors, I've always been into my japanese sports cars I had to sell my beloved Honda CRX del sol last year to fund the court case I so regret selling it but It only had 2 seats so no good for transporting my girl about, I then found a sweet mazda mx3 and I've been buying and selling them and I'm on my 4th one now I've ended up with a little beauty which I'm going to keep I only need a motor to pick up and drop my girl off and taking her to see the family once a month so it's sound for the both of us it's my kind of family car lol

Thanks for the suggestion GTTS - will look into it!

I had a single DIN aftermarket in the peugeot with bluetooth, phone connect, etc so now I'm running the standard FM/CD player in the Zafira, i'm really thrown back to the 1990's 😉
Doesn't help that I haven't bought CDs in years (don't think many do these days) so have 3 albums to listen to in total lol.

It's the only place the car falls down really. It's a "design" spec which seems pretty good. Got park sensors, privacy windows, 17" alloys, full elec windows etc etc.
Just need to get the stereo changed out lol.
My cousin runs a garage and I'm reasonably handy with the spanners, so the plan is to get the manifold off and either replaced or cleaned properly, get the EGR blanked off and the swirl flaps removed. Possibly look at getting a remap too, depending on whether or not the running gear will cope...

The end goal is to get this up to my standards, run it for 3-4 years and then pass it on to the other half.
By then I might be in a position to get something a bit more powerful for cruising the commute 🙂

Slim - there's a few MX3's being run round our way and they do seem to enjoy them. There's a bloke down the road who is on his third one now i think (always the same car, but never the same colour!)

No worries, you can buy double din systems that will fit with a surround panel, but I always thing they look a bit naf, plus they are easy pickings for the yobs who want to steal them to sell on down the pub, the Caska looks like it should be fitted so doesn't stand out too much, they have a built in hard drive which should take 10 albumns I never worked out how to do that though, but it does have SD card slot and also USB in put which is easier. I did use the DVD player a lot too, as in my last job the only way to manage to get proper lunch break was to hide in your car, I managed to watch every eppisode of the Soprano's one a day Lol

Can't you get a blanking plate for the double din and put a normal stereo in? Halford do a ace pioneer head unit with no cd just ipod and usb and it's only £40 it sounds the muts nuts too 🙂

You probably could do it that way slim, but the Vauxhall double din units are shapep and taper in at the bottom so you would need to adapt the blanking plate, could be worth a go though.

Autoleads etc do an adaptor for the vauxhalls for single DIN with a shelf underneath, but my fascia is the shiny piano black one, and all the adaptors I've seen look a little bit cheap and crappy. There's a double din adaptor but it's £40, and the steering control adaptor is another £40.
So I'm thinking it makes sense to just put that £80 towards a fitted head unit which automatically works with the existing wiring etc, and gives a better quality finish too.

Will have a dig around online, look at some options and go from there. Got a fairly substantial birthday coming up soon, so might try and persuade the missus to buy me one! 😛