After baby social network shrinks – but does become stronger

You know the saying: “Fatherhood changes everything”. It’s true, of course – becoming a dad is the most important, significant, life-changing thing that you will ever do. 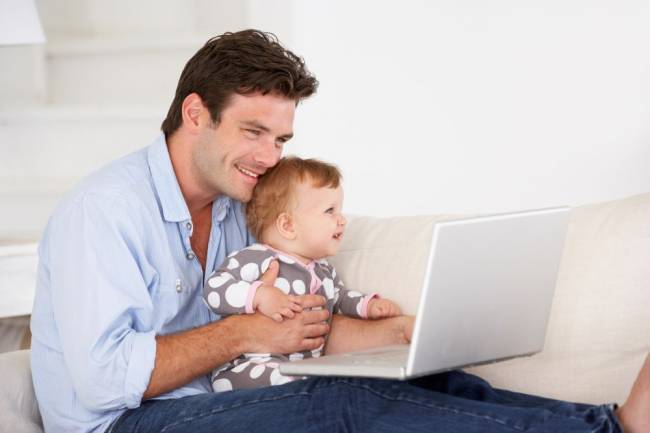 Things will never be the same again. And that includes your social life.

Much of what you took for granted as a commitment-free man will disappear, pretty much overnight.

Spontaneity and fatherhood (especially for new dads) do not mix. Leisurely pub lunches followed by an afternoon watching the football and a takeaway curry on the way home will become rarer than an England world cup win. Quick pints after work that somehow end up in a nightclub at 2am will be nothing more than a distant memory. Off-the-cuff weekends away just aren’t going to happen anymore.

Sounds depressing, right? Don’t worry – it needn’t be. And the good news is that although your old social life will take a battering post-baby, your new social life could actually end up a lot stronger and more fulfilling.

“It is inevitable that your life will change when you become a dad,” says Neil Sinclair, author of bestselling parenting book Commando Dad (and father of three). “But that needn’t be a negative thing. The majority of men I speak to have made a commitment to be a hands-on dad, they’ve put a flag in the ground and said ‘I understand I won’t be able to live quite so spontaneously, but you know what? It’s worth it’.

“You need to go into parenthood knowing your life will change forever – but also that it will change for the better. Don’t think of it as something being taken away from you, but as something that is going to enhance your life. It’s a dramatic change of lifestyle, but it can improve the quality of your social life.”

This may seem fine in principle, of course – but turning down invitation after invitation because you’re exhausted, or you can’t get a babysitter, or you simply feel too guilty going out and leaving all the hard work to your other half can be difficult. Especially when you subsequently hear all about the fun your childless friends are having without you – or worse, see the evidence on Facebook or Twitter.

Studies have shown, however, that although your social life will be curtailed, and your social circle change as a result, you will emerge with stronger, truer friends.

Losing spontaneity means making more of an effort: and that means that when you do see your friends, it becomes an occasion. A rare night out won’t be wasted sitting in the Dog and Duck moaning about football – you’ll hit the town properly, do something special. And because a weekend away will require some serious planning, you’ll make damn sure it’s worth the effort.

“Off-the-cuff nights out are all good, of course,” says Neil Sinclair. “But when you plan for something special it becomes more of an occasion – and that’s what creates great memories and lasting, deeper friendships. You’ll also find that as you grow older your friends will also have children of similar ages, who will become mates – and then if you can put something in the diary to do together it can get exciting for everyone.

“It’s also worth saying that some of the strongest friendships I have now are with men I met at my NCT classes and new parents groups over a decade ago. Because we were all in the same position we formed very strong bonds very quickly – so in a funny way, fatherhood isn’t so much about losing old friends as an opportunity to form strong new friendships.”

As well as actually helping you form new friendships, or strengthen existing ties, becoming a new dad can actually bring you closer to your extended family. Your parents and siblings will want to see as much of the new baby as possible, new bonds can be forged with cousins as they have babies of their own, and by the same token, stronger relationships will be forged with in-laws.

Fatherhood does not mean the end of your social life – but simply heralds a change. Your circle of friends may change, but the ties you keep will inevitably strengthen. And at the end of the day, the joys of fatherhood far outweigh the appeal of spontaneous nights out.

“Of course I sometimes look back on my carefree pre-dad days with rose-tinted spectacles,” says Neil Sinclair. “But would I trade a random night out with the lads for having an argument with my son about whether he should be going to bed? Never. Does that sound strange? Not to a dad, it doesn’t.”