DAD.info > Family > Expecting > Birth > The shock of a traumatic birth

The shock of a traumatic birth 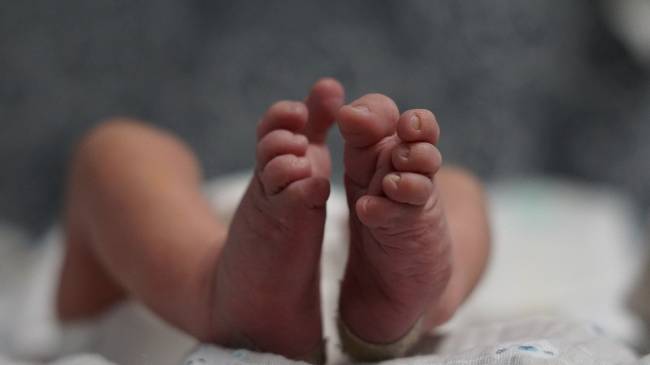 For some parents, a life-changing event becomes a terrifying nightmare, the effects of which can last a lifetime. Author and teacher Brian Townsend shared the experience of his daughter’s traumatic birth with us.

What were the circumstances before the birth- was everything ‘normal’ until then?

We were at the doctor the morning of her birth and they were both given a clean bill of health. Throughout the whole pregnancy, my wife was on top of what to eat, what not to eat, how to exercise properly, and all the suggestions the doctors gave.

Could you describe the birth- what went wrong?

After our morning walk my wife told me she was having some pain, but we both decided to head to work. About noon, she called me and I made my way home to grab her and head to the doctors. The doctor told us we had plenty of time, so we grabbed lunch before heading to the hospital where we sat and waited a while.

The first sign of anything wrong came when the doctor broke my wife’s water. It was reddish/brown which meant there was meconium (basically the baby pooed in the womb). Apparently it happens quite frequently, and all they do is continue to monitor the baby for any signs of distress. Everything was normal, up until my wife began to push. Things progressed pretty quickly and within minutes doctors were saying the baby was almost out. Right before the last push, the nurse announced that the baby had coded (cardiac arrest). She’d swallowed the meconium and it was hardening and clogging her airways.

When she came out, she didn’t cry or scream. I remember the room being eerily silent, and the doctor placed a blueish/grey baby on my wife’s chest for a few seconds before taking her away.

What actions did the doctors take and what were you feeling at that moment?

I was in crisis mode. My brain chose to memorize only key moments, the nurse saying “she’s coding” before she’d even fully entered the world, the way she looked, all greyish blue, when she was plopped down on my wife’s chest, a silent baby. I remember the doctor shaking her lifeless body, like a tablecloth after a meal. Then, of course, I remember the sound of her first cry after minutes (which felt like hours) of silence.

They took her to the NICU, not letting myself or my wife hold her again. My only question was “will she be OK?” The doctor simply responded, “I don’t know yet,” before leaving the room. It sounds harsh, but I appreciate her not lying to me.

At one point there’s all this noise in the labour and delivery room, and then suddenly my wife and I were sitting there in silence by ourselves.

How long was your daughter in hospital?

In total we were all in the hospital for 6 days. Tuesday, Wednesday, and Thursday in the NICU before being transferred to a paediatrics room for two days. We told them we weren’t going to leave the hospital without her, and thankfully they were able to get us set up in a Paediatrics room. We left the hospital Sunday morning.

How did it affect you emotionally?

Going into the hospital I knew I was there to support my wife. That was literally my only role. When everything started to happen I kind of went into auto-pilot. Almost instinctively I sort of pushed all emotion aside and just focused on what needed to be done. I listened to the doctors, asked the questions I thought needed to be answered, and helped out my wife in any way possible.

It didn’t really hit me until my brother called and asked how I was doing. At that moment, it was like the auto-pilot clicked off momentarily, and once I hung up I broke down.

How did your wife cope during it all?

My wife is an absolute warrior. There isn’t a ton she remembers from the labour and delivery room, but as the epidural wore off, she was up and walking around. I think I maybe wheeled her to the NICU once the first time and then after that she walked each time. The worst part was hearing her talk about how guilty she felt, like she had done something wrong.

How did you feel when you all got home?

That auto-pilot feeling continued. We barely slept, and just watched her and make sure she was still breathing. Any time we did fall asleep, one of us would wake up in a panic an hour later, worried that something might be wrong. I had time off from work over Thanksgiving when she was born, but I went back shortly afterwards and had a lot of anxiety about going back. We’d almost lost a baby, and it felt like I was pushing it all aside and trying to get back to “normal” life.

Did it change your thoughts or feelings about life?

I’ve always been a believer in taking care of one’s mental health, but I’ve never been good at doing it. Going back to work right away, I realised I was carrying the trauma of my daughter’s birth with me. There was no way to compartmentalize my life, and forget what happened. I wanted to focus on my wife’s recovery, and didn’t want to burden her with my own struggles after she’d just brought a child into this world, so I took to writing.

I had already written a chapter about a man in therapy before my daughter was born, just because I thought the tension and awkwardness in therapy would be interesting to describe. It had no purpose, no storyline, the character had no concrete reason for being there, but after my daughter’s complicated birth, I sat down and just wrote the rest of it. It was my own form of therapy.

If anything, it really pushed us to recognize the importance of seeking professional help. We both found time to take care of ourselves. Sometimes that may be in the form of therapy, alone time, or time to work out. We make a conscious effort to create space for the other person.  There was nothing normal about our experience, and both of us experienced it in our own ways.  We don’t always realise how traumatic events shape our lives and impact us. I think most people push trauma aside, and often ignore its side effects. I agreed to publish the book because I hope it will help to destigmatise seeking help.

How are you all now?

Everyone is happy and healthy. We had a second child, a son, and the experience was much smoother. My wife and I make sure we talk about it, usually every year on our daughter’s birthday, and we reflect on how far she’s come.

How can Dad.info help?

If reading the above has made you feel you need more support all parents are welcome in our forum to talk with each other. The forum is staffed with moderators and parent support volunteers who can share their experiences with you.

We also have our professional counsellors available online. For more information about how our sessions work and how much they cost please complete the below form and a member of the team will be in touch:

Should Dads be allowed to stay on maternity wards?

There is a debate raging right now in hospitals about what happens to Dad once the baby is born.In the American Movie version of your birth experience the new baby is tucked up in a nursery to give Mum and Dad a well-earned rest and Dad is ‘allowed’ to stand at the...

Where should we give birth?

One of the first decisions you will make about your birth is where you will have it. This is a crucial part of your birth plan, and although you make an initial decision right at the beginning of the pregnancy at the booking in appointment, you are not obligated to...

What do I do if the baby comes before the midwife?!

It is a common fear of fathers-to-be that they may not get to the hospital in time, or get the midwife out to them in time, and that they will have to act as midwife to their own partner! To reassure you, you are far more likely to arrive at the hospital/call the...