DAD.info | Family | Relationships | Troubleshooting | Does the internet open the door for romantic affairs?

Does the internet open the door for romantic affairs?

If you’ve ever sat in front of your computer anxiously waiting for your crush to send a reply email repeatedly smashing the inbox refresh button like a kid obsessed with flicking a light switch, you already know the power and excitement of online exchange. As you tap, the bundle of butterflies zip around your stomach smashing into one another, then the message icon suddenly pings into brilliant colour only to find Groupon have found you yet another great deal. Click, click, click, click… 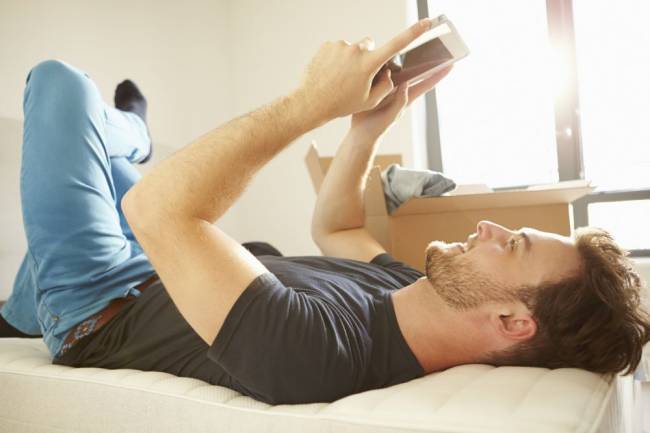 Of course, when you’re a couple, email and instant messenger type apps become largely obsolete, especially if you live together. You’d just wind up telling them what you said in your email over dinner. Instead of using online messaging to flirtatiously find out more about one another, it becomes a request to pick up a loaf or a reminder to pay the gas bill. The thrill and intensity of virtual interaction is undoubtedly reserved for the newly initiated. And for those who do not remain faithful in a relationship, going online is a logical place for a new relationship to develop, or at least a place to talk. The privacy that the internet affords will be of real benefit to those who wish to continue in their current relationship and enjoy the same thrills of a new one without their partner knowing. You no longer need to find a payphone, or exchange notes to meet in an estranged café that nobody goes to. In fact, privacy is locked behind 4 digits in your pocket, going everywhere you go. When you consider that thrills and intensity are some of the most appealing factors of a new relationship, it’s not surprising that some affairs begin or are maintained online.

While this notion alone can instil fear (that will even cause some to  rummage through their partner’s Facebook messages and emails in the hope they will find a whole load of nothing), this fear is often exacerbated by reports from the media that represent ‘cyber infidelity’ as a kind of virus that simultaneously downloads a divorce application. One particular report in the US said that “one third of divorces are caused by cyber infidelity”. Affairs that begin or take place entirely online are just as real as face-to-face ones, and they do happen, but it’s one thing to say that divorces are caused by online affairs, and quite another to say that divorces are caused by an affair where participants also happen to talk to one another online.

It’s quite possible that the reason more online affairs are being reported and jotted on divorce papers is because, unlike most offline affairs, there’s a digital paper trail. A trail that will not only reveal current interactions, but potentially weeks, months or even years of ongoing chat (making it much harder to argue that it’s “just a one-time thing”). Whatever the reality behind the divorce stats, the internet has not created new reasons to cheat, but rather, it has created a new channel. While this channel is convenient for cheating due to an always-open and private communication pathway, flirting with strangers who exchange racy talk and pictures is hardly a modern invention; that’s been happening for decades and it will no doubt continue to happen. With and without the internet.

This is not to say, however, that there are no dangers with online channels when it comes to infidelity. Recent research has shown that internet sites of a sexual nature increase perceptions by viewers of the availability of ‘attractive alternatives’. Put simply, with so much sexualised content available through the web, users are more likely to view others as ‘attractive alternatives’.  This has, in turn, been linked to higher likelihood of infidelity1.

There’s also quite a simple notion in play here, which is that online platforms can break the temptation barriers that might be in place. If you’re in a relationship and you’re fighting a crush over someone else, Facebook won’t make it easy on you. With any crush, generally speaking, you’re compelled to look at them more, and the more you look at them and the more you learn about them, the more you like them, and the more you like them, the more drawn to them you become. Facebook profiles will offer a carousel of imagery, and there’ll no doubt be plenty of reflective, observational and witty statuses that will help you learn more about them. All of this, you could argue, may add to the temptation that perhaps you already faced. Even if you wanted to put someone out of your mind, there they are on your news feed again, with more pictures showing you how cute they look wearing that hat.

But what is ‘cheating’ when you really boil it down? There’s far more grey areas to that which constitutes an ‘affair’, and it’s not always easy to draw a line. And of course, everyone tends to draw the line at a different place.  For some people in relationships whose partner repeatedly spends time on someone else’s profile, the ‘cheating’ might already be in motion. For others, it would be when private messages are regularly exchanged. Others are okay with messaging providing that the language is not flirty or intimate, and for some it’s only cheating when something physical or sexual happens. One thing that became clear from research was that women are more likely to have stricter views on ‘the line’ than men2.

For any couple, where you draw this line is worth discussing frankly and early on, as it can be an opportunity not only to define your expectations of each other, but also to discuss insecurities and potential weaknesses of character. It may be that you’re susceptible to flattery and attention, or maybe you just want someone who’s willing to give you undivided attention. Some partners may not realise where they’re not fulfilling a need, so tell them (tactfully).

If you do suspect that your partner is having the light switch effect with someone else in true You’ve Got Mail style, remember to resist the temptation to inspect their profiles and email accounts. An invasion of privacy can introduce fresh trust issues that could push you apart quicker than you can guess their password.

When you are thinking about Christmas a few things come to mind. Sleigh Bells, Santa Claus, Sherry and.... shouting matches. Christmas for many of us isn’t the easiest time of the year. Apparently your first family flare up is statistically likely by 10.13am......