If right now, as a Dad, you were offered a choice between more stuff or more time with your family what would you choose? 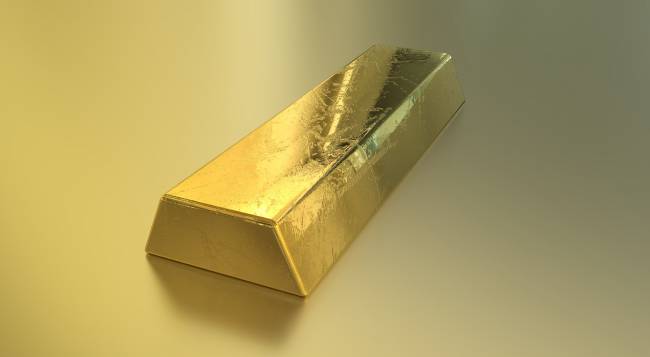 Dad.info works closely with families at all different stages of fatherhood and we know there are some common misconceptions about modern fatherhood which need to be stamped out. The worst of which is that Dads don’t like doing childcare (absolute baloney!). Ian Soars, our CEO will tell anyone who will listen that “Dads want to be present with their children, the evidence is clear”. The evidence Ian has recently been reading is a report conducted by Han Son Lee, founder of Daddilife in association with Deloitte, The Millennial Dad at Work

It is worth the read says Ian because “it signals, if nothing else, father’s intent. This is the zeitgeist… we are entering an era of Dads wanting to be there for children, and we should encourage this and enable it rather than cynically dismissing Dad’s contribution”.

Han Son Lee is a working parent juggling the demands of a full time job with the responsibility of being actively involved bringing up his young son.

Over to you Han Son..

Trying to strike a balance between having a good home life and a productive work life can be difficult, particularly when both parents work full time or if you are a single parent. As the father of a young son myself, I knew I wanted to be actively involved in my son’s upbringing but found trying to juggle that with a demanding full time job was difficult, particularly over school holidays. After all, there’s only so many dinosaur toys that will keep him entertained!

The Millennial Dad at Work

I was lucky that I had an understanding employer who allowed me to work flexibly but, as Daddilife’s recent research clearly showed, it is not just the few that experience this daily struggle. Our research, in association with Deloitte, The Millennial Dad at Work, surveyed over 2000 dads across the UK and found that nearly 9 in 10 were mostly or fully involved in all parenting duties.

Millennial fathers are more actively involved in parenting than ever before and want to be involved across all parenting areas – and that includes covering the school holidays.

In order to do this, they need to be able to work flexibly.

Here are the key results:

63% of new dads at work have requested a change in working pattern since becoming a father.

Nearly 40% of dads have requested a change in working hours with 44% of them being unsuccessful.

What is clear from these figures, is that there has been an enormous shift in the way that modern families function, with parenting duties now split far more equally between both partners.

What our research found was that this change seems to have passed most employers by and attitudes towards fathers working flexibly are outdated still at best. With less than 1 in 5 fathers being able to work from home 1-2 days a week, there are significant numbers of new fathers simply not being given the opportunity to work the way they want to.

School holidays only serve to highlight these issues and it can become almost impossible for some families to divide the time up to cover the weeks of childcare required on annual leave allowances alone, especially if funds don’t stretch to holiday clubs or external childcare.

– and in some of the larger corporates that is starting to happen. There is now some recognition that parenting is an equal task and that needs to be reflected in workplace policy. Diageo, O2, Deloitte, Standard Life Aberdeen were amongst the record numbers of large organisations establishing better parental leave packages for dads last year. This was good progress that now needs to filter down to smaller businesses.

Current legislation states that after 26 weeks of employment, you are able make a “statutory application” for flexible working. Everyone has a legal right to request, not just parents. Unfortunately, too many organisations still see flexible working as a way for people to “work less.” Anybody who works flexibly knows that, if anything, the opposite is true.

The UK has one of the longest work hours cultures, but one of the least productive too according to the latest EU figures. That’s an equation that has to change, and unlocking new productivity through more flexible forms of working has got to be a core part of the answer.

Flexible working for dads matters more than ever, but as our own research showed, the percentage of dads being granted different forms of flexible working requested is astoundingly poor. Unless we can drive real change in this area across all workplaces and not just the large corporates, 2020 isn’t going to look much different to 1920 in how we view the role of fathers – both at work and at home.

Thanks Han-Son Lee. At Dad.info we couldn’t agree more.

We know that Fathers want to be there for their children…and your research numbers prove it.

Back to work – a Dad Diary

After months of furlough and home-working and despite a continuing government request to work from home (if you can) some workers are returning. We caught up with Dad, Ollie Mansfield a Cellist and Music teacher on his first week back to work. No Face Mask It’s back...

John Whitford is an experienced professional blogger who has made a career out of blogging from home while being a father. In the first part of this series John talked about the benefits of starting a blog which can develop a following and a business. In...

An online local services marketplace has worked out just how much dads would earn if being a father was a paid role and has found they could be earning up to £67,532 a year. The sum ranks as high as salaries for some GPs, lawyers and equity traders. Parents can use...