Donald Trump is now one of the world’s most powerful men but should our children follow his example? 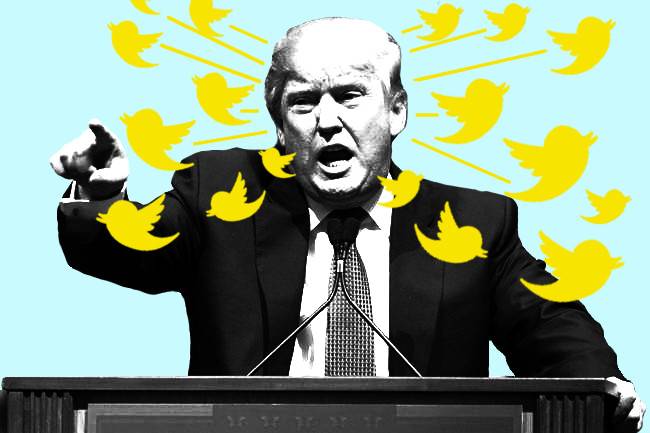 Can I have a word? We need to talk about Donald.

He’s said some nasty things about people that aren’t true, he’s boasted about grabbing people in a really not very nice way, and lots of people say he’s just a big bully.

You see, I am worried about the influence Donald may have on our children.

Clearly, he is not someone the next generation should copy.

Or should they? I mean, could Donald Trump actually be a good role model for today’s children? Consider this:

So, you see, I have a difficulty.

Donald Trump is currently President of the United States. Like him or loathe him that is an extraordinary achievement. Quite simply, Trump has persuaded millions and millions of his countrymen and women they should vote for him to become their leader.

But despite this, I won’t be asking my children to emulate Trump. He fails in too many of the other areas in life that I believe are important: respect for women, respect for minorities, not bullying those less fortunate than you, not belittling others because you can, not bending the rules to suit your purpose and so on.

And, you know, I am not the only one who is unsure – children remain to be convinced, too.

SuperAwesome, a technology platform for kids, asked 500, 8-13 year old American children what word they would use to describe the then president-elect Trump. This was the result. 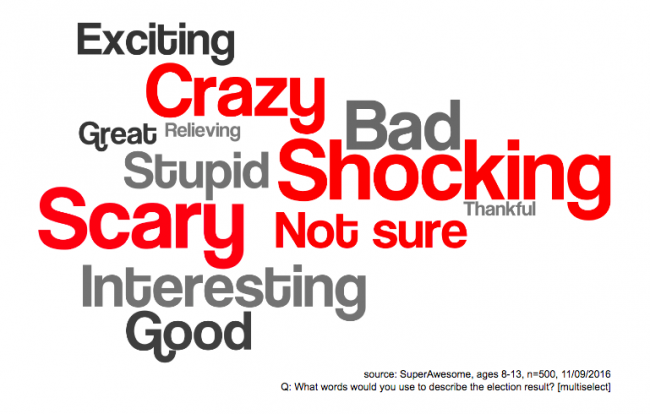 Yup, the top answer was “Scary”, followed closely by “Shocking” and “Crazy”. You can’t fool the kids!…

But it’s not only boys following Trump’s alpha maleness that’s a worry. There’s also his wife and First Lady, Melania Trump. Is she a good role model for girls?

In some aspects, yes. After all she grew up under the Communist regime of the former Yugoslavia and that can’t have been easy. She was determined enough to leave the country and make a successful career for herself as an international model. She also speaks six languages – that’s at least five more than me. I think that’s all pretty impressive.

And yet, it seems when it comes to Donald, she has decided not to comment on his excesses – verbal or otherwise. She appears to be happy to stay in the background and “support her man”. That seems a very dated concept.

So, no surprise, I am not going to recommend either Donald or Melania Trump as role models. That would be, to use the word those children used to describe Trump, crazy.

But here’s an even crazier thought. Rap music’s resident loose cannon Kanye West has said he will stand for president in 2020. And that would make reality star Kim Kardashian the First Lady.

Looking at it that way, maybe Donald and Melania aren’t such bad role models after all…