ScreenLimit is designed to help you manage your children’s time on devices. James Marsh test-drives it on his family 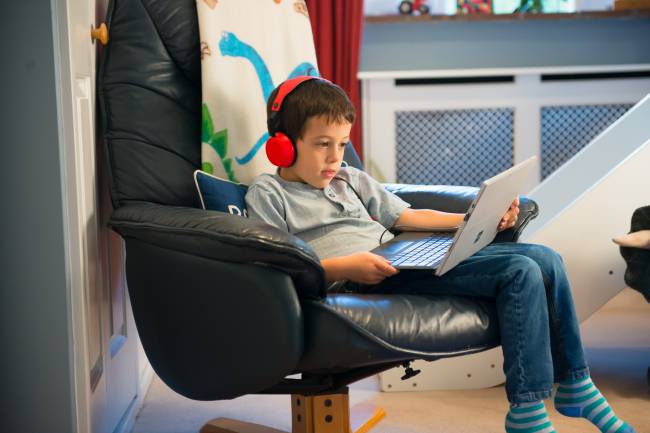 Limiting screen time is a constant battle for parents. Apparently, over 36% of parents argue with their children about it on daily basis.

One recent study for the World Heath Organisation says that over three-quarters of the UK’s 11-15 year olds are spending two or more hours using electronic devices on weekdays. From personal observation, I am surprised it is not higher…

Many believe this digital overload has serious implications for the health of our young people with sleep deprivation, obesity, and type 2 diabetes all being cited.

So there is clearly an issue. But is more technology the answer to a technological problem?

ScreenLimit is an app that is designed to allow parents to set how much screen time children have across multiple devices. When children log into the app, their online social media apps and games become available to use – and a timer starts ticking. Other apps such as browsers and camera are also turned off unless specified in settings.

So, how did we – a 13 year old boy with an iPhone and an 8-year-old girl with an iTouch – get on? My youngest who is six doesn’t have a personal device.

The first point of conflict was the actual idea of an app that controlled their devices. And I get that.

I have been in a number of workplaces where internet access is restricted and the sense of injustice amongst employees is palpable – and they are adults! Plus, in the past I have had to ask colleagues to stop checking/texting/answering their personal phones during the work day. Again, the resentment was clear for all to see.

So why should a child feel any different?

However, after I explained it was just to ensure they didn’t spend too long on devices, they felt better. Oh, and that I said we were only testing the app and it wasn’t forever may have also played a part…

We had a little bit of debate about what was a reasonable amount of time to be allowed each day – they started at 24 hours a day! But we finally reached an agreement.

It took a while to install across devices. At which point my 13-year-old son uncharacteristically burst into tears – all of his apps had disappeared. They came back when the he turned on ScreenLimit but it demonstrated to me how his phone is much more than a device.

His smart phone is somewhere he stores his games, his conversations with friends through Instagram, his photos – in short, his teenage life. He is in the early stages of building relationships with girls and it seemed the app had taken that away from him. The app also caused his iPhone to freeze a couple of times, meaning we had to do a hard reboot.

By contrast, my eight-year-old girl was fine about it. She plays a few of games, as well as uses a music video creation app with a closed set of friends. And she accepts it when we tell her it’s time to stop.

As we explored the app, we found another couple options:

I choose not to use either of these options as I started to feel uncomfortable about the role of the app. I didn’t want to offer rewards of screen time and surely the best way to let your child know a meal is ready is actually to talk to them?!

Personally, I feel the more we use technology in place of family dialogue and physical interaction, the more fractured we become.

If we want children to use technology in a way we feel is socially acceptable, they have to see that we as adults are setting a good example. There are actually some good tips on the ScreenLimit blog on balancing online and offline family life.

This app could have a useful role in helping parents set time limits on device use, especially for younger children. However, as children move into teenage years and devices play a different role in their lives, we need to have a dialogue about what and when is appropriate use.

And that is not something we will be outsourcing to an app.

The app works across iOS, Android and Amazon devices along with Windows PCs and laptops

To find out more, go to screenlimit.net

How apps that monitor children’s phones could put them in danger When did you buy your kid a mobile phone? When they started secondary school? Earlier? If you have bought them a phone did you put a tracking app on it? These apps promise to show us where our kids are,...