How video games can connect dads and children

Finding hobbies to share with your children is a great way to connect. Going for a bike ride, heading out of town for some wild camping, or even just gardening together are all great opportunities for you to bond while the kids have fun.

But unless you’ve been living on Mars, you’ll have noticed that there’s one activity that has become increasingly popular with your kids, zooming straight to the top of their wish list: playing video games. As a dad, you can either stand back and watch your mini slaves to the screen as they play mesmerised for hours, or get involved and make game playing an activity for you to enjoy together. Avoid the temptation to let their tablet time give you a break from parenting, and we guarantee you’ll all soon be reaping the rewards.

When we play a game with our kids we have a lot of fun, take on wild enemies, or perhaps stage a football campaign to win the league – and in doing so, have conversations which are notably different from our everyday banter.

Playing games with your son or daughter, you’ll find the chatter moves easily from the action on screen to what they’ve been up to at school, what they’d like to do when their older, or what skills they’d like to learn now, while many games bring up interesting themes to get your kids talking.

The challenge is finding games that are exciting for both parents and kids to play. This selection should have the whole family hooked and having fun together in no time…

This is a side-scrolling platform game for the Wii U. Players are Yoshi, leading him left and right, and up and down, through various levels of a soft, wooly world. Yoshi can use his tongue to swallow enemies and produce balls of yarn (instead of eggs, as in other games) for tying up enemies and filling in platforms, and a second player can join as a second Yoshi. This is a perfect game to try out together, as both Yoshis have to co-operate to progress, teaching kids – and competitive dads – the value of teamwork. 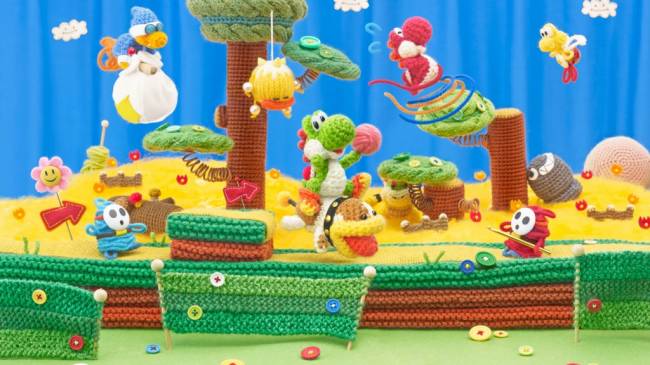 This latest LEGO adaptation of the popular film franchise packs plenty of prehistoric punches. It’s an action-adventure game with themed levels, objectives and enemies, and players can collect and play as different characters from the movies.

Dads and children work together to solve puzzles, fight baddies, build objects with LEGO and explore to collect characters and hidden booty. New in this game, players can also collect and customise dinosaurs and use them in the hub world to progress the story.

This is a great game to share with your kids. Not only is it fun to play, its a brilliant way to get them interested in dinosaurs, too. 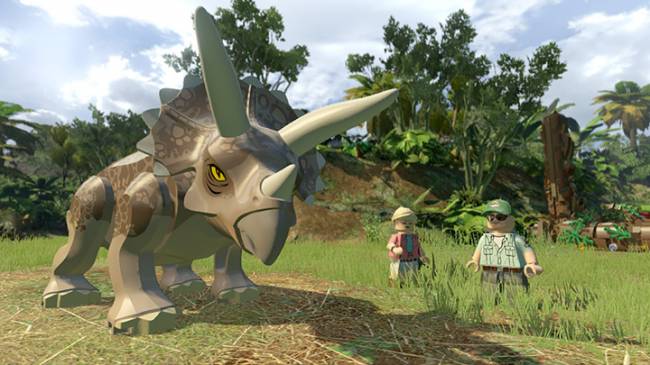 Never Alone is a platforming game where players control Nuna, a young girl, as she navigates a snowy wilderness.

A terrible blizzard has hindered Nuna’s village from hunting or gathering, and as her villagers begin to starve, Nuna sets off on a quest to find the source of the blizzard with the help of an arctic fox and a magical weapon called a bola.

Based on a fable from the Alaskan Inupiat tribe, the story is narrated in their native language, with many of the platforms taking the form of spirit animals which have come to help guide Nuna on her quest.

Some interesting themes are raised through Never Alone’s traditional story, as the heroine encounters and overcomes a variety of challenges, sparking the opportunity for plenty of interesting conversations in between the action, adventure and fun.

Andy Robertson is a family video-game expert for broadcast and national press. He runs the Family Gamer TV Channel on YouTube.