DAD.info | Lifestyle | Tech & Gaming | Gaming | Super Mario Maker could be the game that persuades dads to buy a Wii U

Nintendo has had a tough time convincing gamers that its Wii U console is an essential purchase. However, nostalgic dads who are looking for a bit of game time with the kids may find the upcoming release of Super Mario Maker has them reaching for their credit cards. 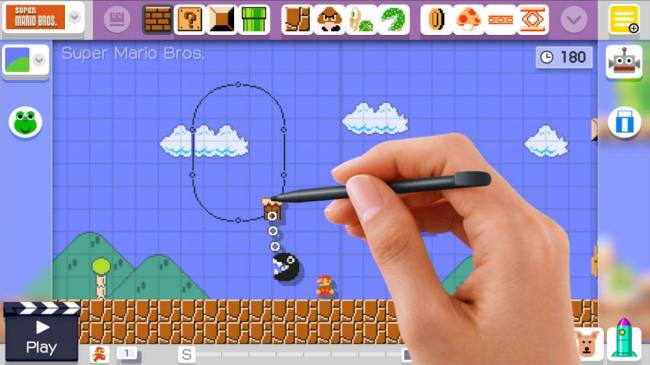 Super Mario Maker, which was demoed (and given a release date) at this month’s E3 show in Los Angeles, gives players the chance to become Super Mario designers.

The game comes with 100 ready-made levels, but the core of the title is in creating your own. You do this using the Wii U controller’s touchscreen and can make your creations as easy or as hard as you like, which should make it easy to cater for every age of gamer.

Once your levels are built, you can then share them online for the world to play. Nintendo will reportedly only let you share levels that you have beaten; ensuring no-one starts uploading deliberately impossible creations. Super Mario Maker comes out for Wii U on 11 September 2015.

Yoshi’s Woolly World
Explore a world made of textiles in this kooky platformer. Knit woollen platforms or unravel woven walls to progress. Out 16 October 2015 for Wii U

Animal Crossing Happy Home Designer
Play as the town’s city planner, helping residents to design and build their homes. Out 25 September 2015 for 3DS