DAD.info | DAD BLOGS: New Dad Simon | 3 things about being a dad that I didn’t believe but are true (annoyingly).

3 things about being a dad that I didn’t believe but are true (annoyingly). 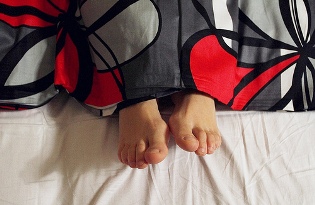 We’re in another bout of teething or sickness or something. Whatever it is, it’s keeping us up in the night, turning our days into pukefests, testing every part of our being and generally draining our will to live…

As I’ve been lying awake in the brief moments of silence in the night, terrified of moving in case I wake one of those little folks up, I’ve been thinking about all the things people told me about parenthood which I thought were lies but have turned out to be true. Here are three I’m currently faced with:

1. “It’ll all seem better in the morning.” After the initial “I want to die” moment, this is actually true. No matter how horrendous the night, by the time I make it downstairs and get a coffee in my hand, I don’t want to die anymore…which is nice.

2. “It’ll come out in the wash” (I’m taking this one literally). I’ve seen some impressive poops in my 3 years of fatherhood and I’m amazed to report that 90% of Adlai’s clothes have made it to Koa relatively unstained thanks to a bucket of Vanish and the wonder that is sunlight on laundry. Wouldn’t have called that

3. “You’re over-tired.” – i used to think ‘Over-tired? That’s impossible.’ Now I know it’s a real thing that can probably be proved with science. I’ve seen it with my own eyes and it ain’t pretty. When Adlai and Koa are over-tired, they each throw their own brand of tantrum. There is a magic window of tiredness during which these boys must be put to bed, and if we miss it, we all pay.

To be honest, I’m beginning to think I’ve missed my own magic window of tiredness, which is why I’ve been lying awake at night thinking of this stuff rather than catching up on my much-needed sleep.

Ah well, I suppose it will all seem better in the morning.

All rights reserved by tokeler