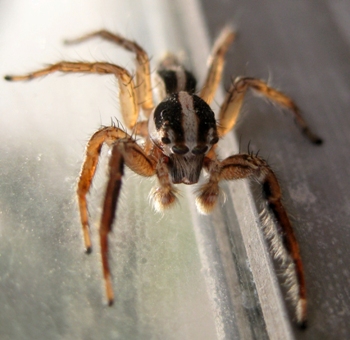 So we had a bit of an incident in the night last night. It wasn’t pretty and it’s not something I feel proud of.  Quite the opposite, So much so that I feel I need to write this blog as something of a confession.

It all started off as a fairly standard midnight Koa poo change request from my wife. I knew the request was coming. I’d been listening to my youngest sons ‘movement’ grunts for quite a while. I had pretended to be asleep but this hadn’t fooled Faith.

The poo had only leaked through one layer, which we count as a success. Even if I say so myself, the changing was textbook. I completed the task and handed Koa to Faith for a midnight feed.

I went to get back into bed… That’s when I saw it… the biggest spider in the world lurking just centimetres from my pillow. I managed to keep my cool long enough to grab a glass and a magazine (a classic plan). But he must have seen me coming and made a run for it taking shelter behind a picture. I tentatively lifted the picture and the 6ft spider fell to the floor with a mighty thud. Then it happened…I screamed… like a little girl. Koa stopped breastfeeding to look at me in disgust. The spider was nowhere to be seen. I had lost the spider and my macho image.

As I lay wide awake in my bed, I could almost hear the spider laughing behind my back.

Tonight will be very different, I’ll be ready to defeat the spider and win back the respect of my youngest son. The spider may have won the battle but, I promise you, I shall win the war.