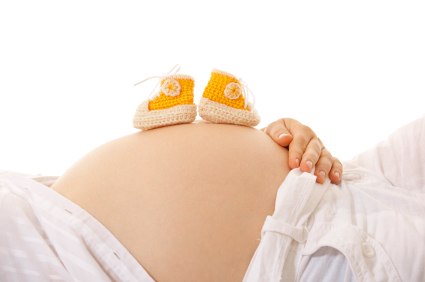 My car tax arrived in the post today. I won’t have to renew it until the end of April. (Yep I’m a 6 months at a time kind of guy). That’s when it hit me. I won’t have to get any more car tax until I am the parent of two children.

Cripes… Faith is pregnant. And the baby will be here in less than 6 months’ time. With Adlai on the scene and life as busy as it is this pregnancy seems to be whipping by.

As far as my untrained eye can tell, this pregnancy seems to be going pretty smoothly. Bump is getting bigger, weird food combinations are being consumed, ‘nesting’ is in full swing and Faith is mostly drinking gaviscon. Yep, all seems well.

We don’t have to buy as much stuff this time. I guess the new baby will have to slum it up in Adlai’s old Moses basket. That one’s been round the block. Most of the extended family clan have slept in it. The pusher is still very much push-able and we still have all the pump and sterilizing type stuff. I think we’re good to go. It’s a shame I won’t get to visit my old friends in Mama’s and Papa’s… although I’m sure we’ll find some excuse. We probably ‘need’ a new mattress or something.

And there’s always the ‘double stroller’. I suppose at some point both Adlai and the newbie will want to ride. Perhaps there is shopping still to be done. Man alive, those things are massive. They are the oil tankers of the high street. If you see one heading for you then you need to get out of the way. You know by the panicked look in the driver’s eye that there is nothing they can do. That thing is out of control. I don’t know how they ever get inside anywhere. Where are we going to park that thing? We’ll have to get a permit to park it on the street. There’s no way it’ll fit in our terrace house.

March is on its way. There’s no stopping it. And in case I ever start to forget, the car tax will remind me every time I get in the car. The countdown has begun.