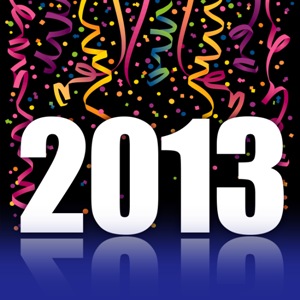 I’ve never been that keen on making New Year’s Resolutions, but I suppose it’s natural to want to look back on the year just gone and forward to the one coming up.

I’ll admit there were days,last year, when I felt down.  There were days I felt like things weren’t going well for us.  Our car died.  Our boiler broke.  I had some disappointments at work.  We watched friends go through hard times.

But looking back, I can see all the good things that happened.  Faith and I tried to think of the top moment of the past year the other night, and we couldn’t narrow it down to just one, and I feel pretty good about that.

In 2013, we’re expecting our second child.  We’ll have family and friends (who feel like family) visit us from America.  We’ll get to watch Adlai become a big brother.  Faith and I will celebrate our sixth anniversary.  And I’m looking forward to getting stuck into my new job.

When we got married, Faith and I talked a lot about adventure and how we never wanted to lead a boring life.  Yes, there is a lot of change happening for our little family, but so far it has been an adventure, and that is exactly what I signed up for.