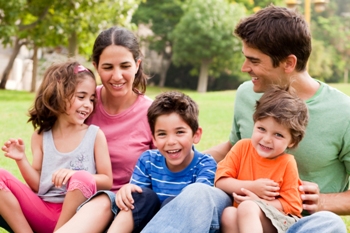 I remember a time long ago, in what feels like a galaxy far, far away when I would get home from work to find the house in the same state as I left it.

In this memory of a house I would come in and sit. The hours of 5:30pm – 8pm were my own. I might turn on the TV. Sometimes I just sat. I even felt bored at times. Faith and I would talk. Depending on how adventurous I was feeling I might go to the gym. I know it seems pretty wild but I’m pretty sure I did pretty much whatever I wanted.

Now, the house I find when I return from work is but a shadow of the house I left in the morning. It’s been scarred by spills and drool. Its bricks and windows have been shaken by screams, laughter and Spiderman cartoons. The hours of 5:30pm – 8pm are no longer mine. They are filled with food, park trips and wrestling…. So much wrestling (apparently pain is Adlai’s love language). During this time conversations between Faith and I are mostly functional: ‘How long shall I take them to the park?’ ‘How long did Koa nap’, ‘Why does Adlai have his pants on his head? ’.

The other day someone asked me if I wanted to go for a beer after work. They didn’t mean 8pm, they meant 5:30pm. I’d forgotten people do that. I just stared at them for a long time before mumbling something about the witching hour.

In positive news I haven’t felt bored for a while – no time for that – and with all the wrestling I don’t really need to go to the gym anymore.

Sometimes I think I’d like to experience the 5:30pm – 8pm of my life long ago. The idea of boredom seems pretty appealing. But, the chaos, wrestling and nakedness have turned the house into a home. The stains and scratches mean we spend the hours of 8pm-9pm scrubbing and hoovering, but they also serve as proof of a life fully lived.