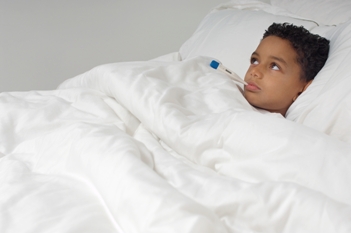 We’re in our fourth week of isolation. We’ve worked our way through all the episodes of Ninjago…several times.

We only visit the park during anti-social hours – before breakfast or just before the teenagers arrive to make out in the Wendy house. Children are either forced into a wide berth around us as we walk down the street or rubbed up against my sons’ arms in an attempt to ‘get it out of the way’. We’re on chicken pox shut-down.

Just as Adlai was starting to break back into civilisation after his bout -Koa has been struck down. Not that you could tell by his cheerful antics. I’ve never seen him happier to be honest. With every spot his mood lifts… It’s odd. Maybe it’s the Piriton. Maybe he likes the look… He’s going to love being a teenager.

Being isolated has its advantages. I’ve managed to watch almost every World Cup game and I’ve discovered that I can watch Netflix on my phone and TV at the same time. Nifty. It’s also reminded me that it’s nice to live in community and see other people. So as soon as we stop being contagious we’re going to the park at prime time and we’re going to breathe all over our friends. I can’t wait.