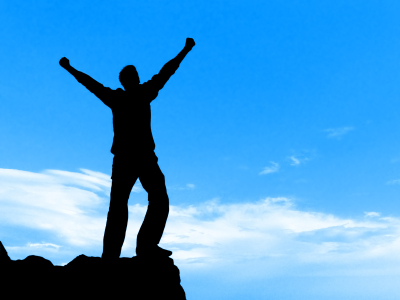 I would like to claim victory in the battle of the boob. For six nights now Adlai has slept right through the night. We are starting to feel a bit more like human beings. I’ve been struggling to believe that I won’t be called into duty in the night, and I’ve been sleeping really lightly as a result, but the other night something amazing happened:

I slept for six straight hours. I literally can’t remember the last time that happened. I even had a dream I was in World War II… it was kind of scary actually and when I got up for a wee I was most on edge. Before I went back to sleep I pulled my cricket bat out of the cupboard so I’d be ready if there was a midnight invasion.

When I told a friend who doesn’t have a kid the exciting news of sleeping six straight hours, they looked at me as if I was mental.

Seriously, I woke up at 4:30am (having fallen asleep at 10:30pm) and I felt amazing. I briefly considered going for a run, before my senses returned and I went back to sleep in my fantastically silent house.

Yep…nighttimes have been very different since Adlai was born. If we manage to stay up to 10:30pm we feel like we’re being wild. If one of us has a lie-in we still get up at 8:30am. Then we say stuff like ‘I feel like I’m wasting the day away.’ That’s the kind of thing grownups say. I remember my parents saying it when I was a teenager and finding it really annoying. Soon I’ll say stuff like ‘Ohh, it’s too cold to snow’ and ‘if the wind changes direction your face will stay like that’…