The One Stop Dilemma 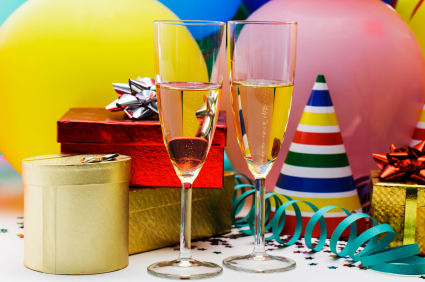 What is the appropriate amount of alcohol to buy for your son’s 2nd birthday party? That was the dilemma I faced as I stood in the beer aisle of the One Stop on Sunday afternoon.

It was decided that Adlai’s birthday week would kick off with a ‘friends’ birthday party, end with a ‘family’ birthday party and be augmented in the middle of the week by his actual birthday. Faith and I were the only people invited to all three. We like to string birthdays out… it’s how we roll.

The morning of the ‘friends’ party was entirely taken up with cooking, cleaning and balloon blowing. I blew up so many balloons I needed a quick turn around the park to restock my oxygen levels. I took stuff up to the loft that I’d been meaning to take up since we moved in. I spent several hours cleaning the bathroom using so much cleaning product I started to feel really weird.

10 minutes before the party started I decided we might need some a few more drinks – you know, for the parents. I didn’t know what the etiquette is for kids’ parties so I decided to cover all my bases with beer and both colour wines. However, when people arrived I was disappointed as person after person decided to go for a soft drink option. On the plus side we are totally covered for the actual birthday and the ‘family’ birthday should the drinking atmosphere be different.

The alcohol-free ‘friends’ party sped by. Almost all of the balloons survived. All the food went. I don’t think anyone had a wee in my impeccable toilet. Everyone could drive home safely (not the 2-year-olds) and the party week continues. We’re off to a great start. 1 down – 2 to go. Will the alcohol last? Will the toilet survive?