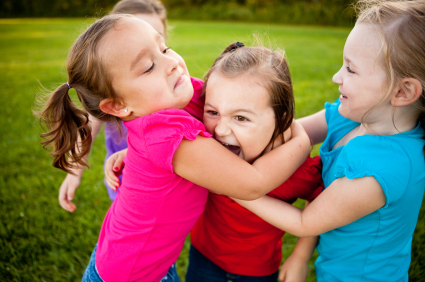 When Adlai was a baby, everyone warned us about the so-called terrible twos. Tantrums, screaming, crying; they really did sound terrible. But Adlai’s second birthday came and went and apart from a couple of minor episodes in Tesco, I really couldn’t see what all the fuss was about.

Then came three. I am convinced that the only reason people talk about the terrible twos is because they haven’t found a suitable word that sounds good with “three.”

He’s just as fun as ever 99% of the time, but the poor little fella has got a new batch of emotions he just doesn’t know what to do with. Faith tells me boys get a fresh surge of testosterone at this age (how do women know these things?), and so I’m guessing that my son’s caveman-inspired behaviour has something to do with that.

We’re trying out some creative parenting techniques, since we decided locking him in his room until he’s four isn’t an option. I’d love to tell you all our winning strategies, but we’re not really there yet. In the meantime, I’ve tried to think of a suitably horrific word that goes with “three”, to warn unsuspecting new parents of the terror that awaits them, but I’ve got nothing. Let me know if you think of anything.