DAD.info | Opinion | Interviews | EXCLUSIVE: Hugh Jackman on being a dad

EXCLUSIVE: Hugh Jackman on being a dad 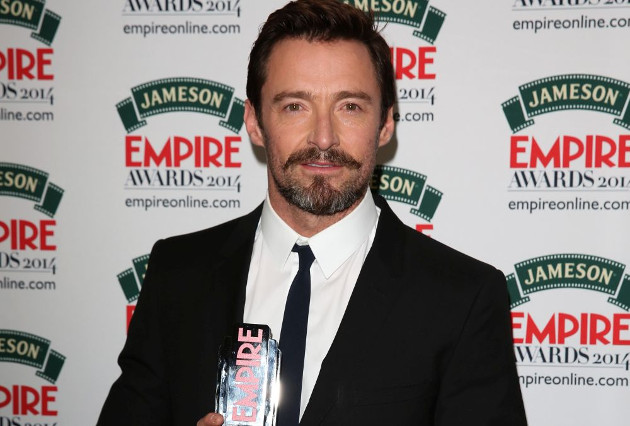 I like to think that I’m a very loving father. I love being around my children; that’s a no brainer.

Have you always been hands on with your kids?

I like to do what I can. I remember once when I had to read the script for a movie called Real Steel; I had to read the script quickly, so I cheekily started to read it to my son Oscar one evening when he was struggling to sleep. My son said to me, “Dad, please come and read to me.” Well, that script was the only thing I had at hand. We shared the first reading and it was a great bonding experience because the story is about a father and a son. I read the script aloud and he listened intently.

Sounds like a cunning plan. Did he give it the thumbs up?

He did! I’d read a script to him once before and he found it really boring, but this was different. As soon as I started reading it, he didn’t want me to stop. The very next night, he said to me, “Can you read Real Steel to me again? It’s great.” That was a really good sign to me. I have never read a script so much in my life! He loved it, and I loved it. That’s when I thought to myself, ‘Okay… This movie must be a winner.’ That’s part of the reason why I signed up for the role.

“The moment I had children, I asked my dad about everything. It’s certainly given me a deeper appreciation of how much he did for us.”

What’s your son like? Is he more into technology and computers than you?

I thought computers and technology were going to be a big thing for my son, but he’s not into them at all. He’s got many other interests, though. I took a walk with him a while ago and I found out some really interesting things about him. I am not exaggerating, but he is incredibly smart. He was mumbling under his breath as we wandered along, so I started listening. I could hear him say, “Juniper tree, Japanese maple, palm tree…” He knew every single tree that we walked past.

He is. I said to him, “Where do you learn these things?” He replied, “I read. Don’t you notice?” He’s fascinating because he also knows about every indigenous tribe from America. He knows their name, where they’re from and what can kind of artwork they are responsible for. He knows all the tribes of Africa and every country on the planet. He even taught me three countries I didn’t know existed!

Sounds like you have a great relationship. Were you close to your own dad?

Yes, my father is an amazing man. He was a full-time worker for most of my upbringing, as well as a single parent with five kids. I take my hat off to anyone who can handle that. I have two kids and it’s like, “Whoa!” It’s full on and I certainly have a lot more help than my dad ever did.

My father was an accountant, so for two weeks of his four weeks of vacation we would head to the beach to camp in a five-man tent. I’ve got such wonderful memories from that time in my life. There were five kids and my dad in the five-man tent – and that was our holiday. We’d take all our own food and he’d cook for us all on a little gas burner. Those vacations must have been brutal for him, but they were wonderful. I don’t know how he did it.

Do you find yourself talking to your father a lot more now than you did when you were a child?

My dad and I didn’t do a lot of talking when I was growing up. There weren’t a lot of ‘deep and meaningfuls’. But the moment I had children, I asked my dad about everything. It’s certainly given me a deeper appreciation of everything he did for us. I said to him, “I hope you know how much I appreciated it.” He replied, “Well, I didn’t at the time. Mainly, it was you guys complaining about washing up or having to do this or that!”

What kind of holidays do you have with your own kids?

Now? We have a much fancier holiday than I had with my dad. We’ve rented a house in France before, but I also love camping. We like to get away. To be honest, I go camping with my kids whenever I can. We all love it and spending time together is the best thing in the world.

Hugh will star as Blackbeard in the 2015 Warner Bros. family movie, Pan.